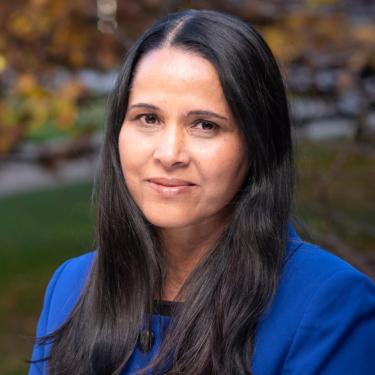 Professor Mukherjee specializes in the legal, political, and cultural history of modern India.

Professor Mukherjee teaches courses on the history of south asia with a focus on modern India. Some of the courses she offers include: "Introduction to South Asian History since 1757," "History of Modern India," "Women in Modern India," and "Human Rights: Historical Perspectives."

Professor Mukherjee recieved her Ph.D. from the University of Chicago. Her reserach interests include colonialism and nationalism, law and empire, human rights, comparative constitutionalism and democracy, gender, poststructuralism, postcolonial theory, and subaltern histories. Her book, India in the Shadows of Empire: A Legal and Political History, 1774-1950 (Oxford University Press, 2010), traces the legal and political makeup of India through the colonial and post-colonial eras. She contends that the concept of justice as equity, as opposed to freedom, provided an ideological framework for the British Empire in India and also became the ground for anti-colonial representational politics under the Indian National Congress. Her other publications include "Transcending Identity: Gandhi, Nonviolence, and the Pursuit of a ‘Different’ Freedom in Modern India" in the American Historical Review (April 2010), "A World of Illusion: The Place of Empire in India’s Foreign Relations, 1947-1962" in the International History Review (June, 2010) and "Justice, War, and the Imperium: India and Britain in Edmund Burke's Prosecutorial Speeches in the Impeachment Trial of Warren Hastings" in Law and History Review (Fall 2005).

Professor Mukherjee is accepting both M.A. and Ph.D. students.