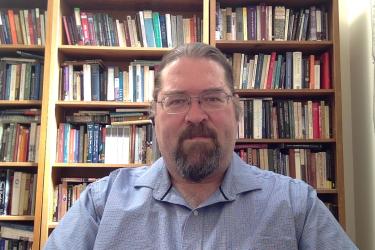 Professor Geber specializes in the history of early modern France.

Professor Gerber teaches courses on the history of early modern Europe. Some of the courses he offers include: "Empire, Revolution & Global War: European History Since 1600," "War and the European State, 1618-1793," "The French Revolution and Napoleon," and a capstone seminar entitled "Politics of Terror in Early Modern Europe."

Professor Gerber received his Ph.D. from the University of California, Berkeley. His research focuses on the social, cultural, political, and legal history of France and its early modern colonies. His first book, Bastards: Politics, Family and the Law in Early Modern France (Oxford University Press, 2012) examines the rights and legal disabilities of children born out of wedlock and the perennial debates surronding extramarital offspring in early modern France. His newest research project investigates the formation of early modern French colonial law and its relationship to the legal development of metropolitan France. Gerber has also begun a study of the politics of terror in early modern Europe.