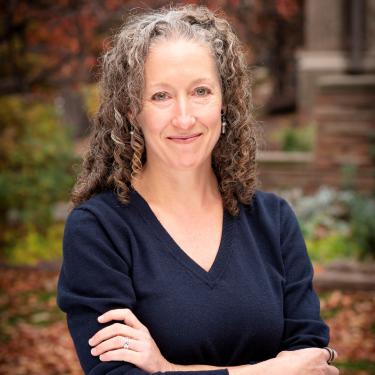 Professor Sachs specializes in the history of early America, with particular focus on slavery, gender, and law.

Professor Sachs teaches courses on early America broadly, with particular focus on the revolutionary and founding eras, histories of race and slavery, legal and constitutional history, and histories of family, genealogy, and memory. Some of the courses she offers include: "American History to 1865" "The Revolutionary War & the Making of the American Republic, 1775-1801," and "U.S. History and Genealogy."

Honor Sachs received her B.A. from Dartmouth College and her Ph.D. from the University of Wisconsin – Madison. Her first book, Home Rule: Households, Manhood, and National Expansion on the Eighteenth-Century Kentucky Frontier (Yale University Press, 2015) received the Armitage-Jameson Prize from the Coalition for Western Women’s History and the Kentucky Book Prize. She is currently working on two new projects, both set in the era of the American Revolution. The first, “Freedom by a Judgment: The Legal History of an Afro-Indian Family,” tells the history of an extended, mixed-race Virginia slave family that sued for freedom through Indigenous descent over multiple generations. The second, “Servant, Soldier, Slaveholder: A Story of Political Revolution, Personal Transformation, and Racial Violence in Early America,” traces the life of a single individual from London to Kentucky and explores issues of convict transportation in the Atlantic World and racial violence in the early republic. Her research has been supported by multiple organizations, including the National Endowment for the Humanities, the American Philosophical Society, and the Huntington Library.

Professor Sachs is accepting both M.A. and Ph.D. students.
She is looking forward to working with graduate students interested in colonial and early American history, particularly those with interests in questions of race and slavery, gender and sexuality, law and legality, or public history and memory.