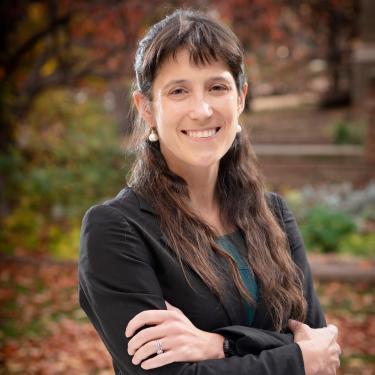 Professor Kalisman focuses on social and cultural history in Israel, Palestine, and the Modern Middle East.

Professor Kalisman teaches courses on Jewish, Middle Eastern, and transnational history including "Introduction to Jewish History Since 1492" and "Modern Childhood in Israel/Palestine."

Professor Kalisman holds a B.A. from Brown University and a Ph.D. from the University of California Berkeley. Her research interests include education, colonialism, state and nation building in Israel/Palestine as well as in the broader Middle East. Her current book manuscript, "Schooling the State: Education in the Modern Middle East" uses a collective biography of thousands of public school teachers across Israel/Palestine, Iraq and Transjordan/Jordan to trace how the arc of teachers’ professionalization correlated with their political activity, while undermining correspondence between nations, nationalism and governments across the region. Her research has been supported by the American Council of Learned Societies, the National Academy of Education, the American Academic Institute in Iraq as well as the International Institute of Education, among other organizations. She has recently begun a new project analyzing the history of standardized testing in Israel/Palestine, Jordan and Iraq. For the 2019-2020 academic year she is also a non-resident fellow at the Middle East Initiative, part of the Belfer Center for Science and International Affairs at Harvard Kennedy School.

Professor Kalisman is happy to serve on graduate student dissertation committees for students with an interest in any of the following: global and transnational history, colonialism, imperialism, education, Jewish and Middle Eastern History.