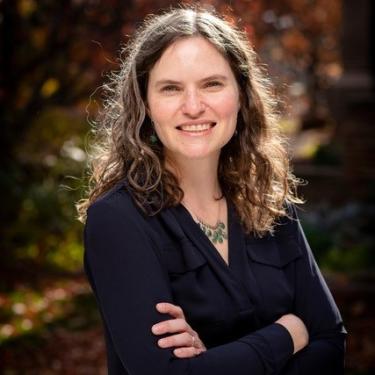 Professor Hutchinson studies the cultural and political history of the Soviet Union, with a particular focus on the topics of nationality and empire.

Professor Hutchinson graduated with a B.A. from Arizona State University, an M.A. from Harvard University, and a Ph.D. from Harvard University. Her book project, The Cultural Politics of the Nation after Stalin, 1953-1991, explores how intellectuals, especially those of rural origins, sought to transform cultural understandings of the nation in the Soviet Union after the death of Stalin. Her dissertation received the 2021 Harold K. Gross Prize from the Harvard History Department and was a finalist for the 2021 Cohen-Tucker Dissertation Prize awarded by the Association for Slavic, East European, and Eurasian Studies (ASEEES). In 2020-2021 she was a postdoctoral fellow at the Harvard University Davis Center for Russian and Eurasian Studies. She received a Cohen-Tucker Dissertation Research Fellowship from ASEEES to conduct research for the project in Russia, Ukraine, Armenia, and Moldova. Her first article, “Ivan Denisovich on Trial: Soviet Writers, Russian Identity, and Solzhenitsyn’s Failed Bid for the 1964 Lenin Prize” appeared in the Winter 2021 issue of the journal Kritika: Explorations in Russian and Eurasian History.

Professor Hutchinson is not currently accepting M.A. and PhD students, but is excited to serve on Ph.D. committees related to the history of the Soviet Union, the Russian empire, nationalism, and imperialism.