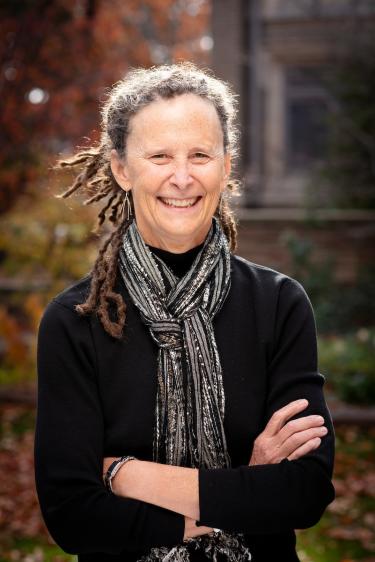 Professor Fenn earned her B.A. at Duke and her Ph.D. at Yale. Her Pox Americana: The Great Smallpox Epidemic of 1775-82 (Hill & Wang, 2001) unearthed the devastating effects of a smallpox epidemic that coursed across North America during the years of the American Revolution. In 2014, Fenn published Encounters at the Heart of the World: A History of the Mandan People (Hill & Wang), which analyzes Mandan Indian history from 1100 to 1845. Fenn is also the coauthor, with Peter H. Wood, of Natives and Newcomers: The Way We Lived in North Carolina before 1770 (University of North Carolina Press, 1983) a popular history of early North Carolina. Professor Fenn is currently at work on an expansive biography of Sacagawea that uses her life story to illuminate a wider history of the northern plains and Rockies.

Fenn sees history—including her own work—an imperfect undertaking that invites constant revision, reflection, and innovation. Although she has garnered multiple awards for her work, her aspiration is to accrue readers, not recognitions. She is grateful to the many friends, strangers, colleagues, teachers, and family members who have helped and supported her over the years.