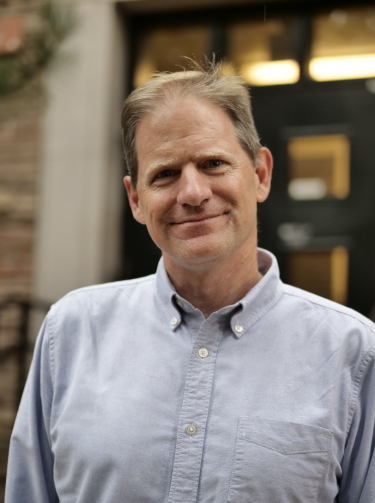 Professor Ciarlo specializes in the social and cultural history of modern Germany, the history of European imperialism and racism, and the history of visual culture and mass culture in modern Europe.

Professor Ciarlo teaches a wide range of courses in German and European history. At the undergraduate level some of the courses he offers are: "Empire, Revolution & Global War: European History Since 1600," "Nazi Germany and the Holocaust," and an undergraduate research seminar on imperialism in the nineteenth century entitled "The Age of Empire." At the graduate level, Professor Ciarlo teaches "Visual History: Mass Culture and Empire" in addition to German History.

Professor Ciarlo received his Ph.D. from the University of Wisconsin–Madison in 2003 where he was the Merle Curti Graduate Lecturer and held numerous fellowships, including a Fulbright. His first book, Advertising Empire: Race and Visual Culture in Imperial Germany (Harvard University Press, 2011), uses visual archives to trace the interconnected histories of commercial culture and colonial culture in Germany in the late 19th and early 20th centuries. Advertising Empire won both an American Historical Association Book Prize (the George Louis Beer Prize) and the German Studies Association's Book Prize. Ciarlo's new research project explores the intersection of consumer culture and propaganda in Germany during the First World War. Titled "Selling War: Advertising, Propaganda, and the Roots of Fascism in German Visual Culture, 1910-1923," this project explores the link between commerce and the development of visual propaganda techniques in the First World War, and the way in which this intersection of advertising and propaganda propagated imagery of militarized, hardened masculinity, with implications for the formation of a fascist aesthetic.

Professor Ciarlo is accepting both M.A. and Ph.D. students.