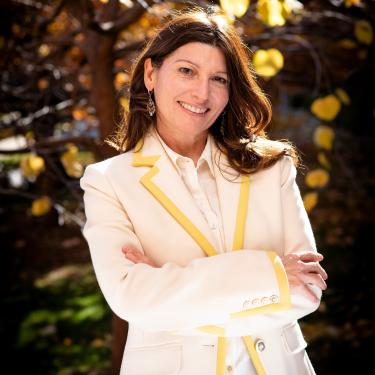 Professor Dauverd teaches courses about the history of ancient and pre-modern Europe including "Early Modern Societies: Italy and Spain" "Mediterranean History, 600-1600," "Venice and Florence in the Renaissance," "Witchcraft and Magic," "The Cosmos in the Ancient Mediterranean," "Medieval Spain and Portugal," and “Gladiators and Prostitutes in Ancient Rome.” At the graduate level, she teaches seminars on Early Modern European cultural history and Mediterranean History.

Professor Dauverd received her Ph.D. from the University of California, Los Angeles. Her research focuses on the socio-cultural relations between Spain, Italy, and North Africa during the early modern era (1440-1640). Her first book, Imperial Ambition in the Early Modern Mediterranean: Genoese Merchants and the Spanish Crown (Cambridge University Press, NY 2015) examines the role of the Genoese trade diaspora in southern Italy in the context of the Spanish-Habsburg expansion in the Mediterranean Sea. Her second book, Church and State in Spanish Italy: Rituals and Political Legitimacy (Cambridge University Press, NY 2020) won the Eugene V. Kayden Book Award. It investigates the link between imperialism and religion through an analysis of the Spanish viceroys’ role in religious processions in Early Modern Naples. Dauverd has completed a third manuscript called Colonialism and Resistance in Early Modern Europe: Rebellion, Magic, and Reason in the Italian States, 1530-1760, which explores Corsican resistance to Genoese colonialism. Her current book project, All the Kings of the Mediterranean: The Role of the Renaissance Papacy in the North African Conquest 1430-1620 assesses relations between Muslim and Christian rulers through the prism of the popes’ pursuit of imperial power. Her work has been supported by the Ahmanson Foundation, American Historical Association, Casa de Velázquez Madrid Institute for Advanced Studies, Council of American Overseas Research Center, European University Institute in Florence, Renaissance Society of America, and the U.C. Humanities Research Institute. During the academic year 2022-23, she is a fellow of the Center for Humanities and the Arts and a fellow of the Faculty Leadership Institute at CU Boulder.