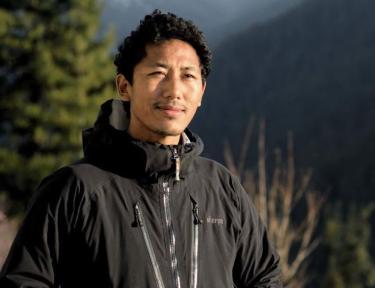 We are pleased to announce Phurwa Gurung's student paper received an award for his paper published in Geoforum in 2021. Phurwa will receive a 1000 euro award, which is intended to support conference attendance or a similar professional development activity. His paper is titled, "Challenging infrastructural orthodoxies: Political and economic geographies of a Himalayan road"

National and international development narratives frame Nepal’s Karnali region as synonymous with remoteness and food insecurity. These narratives often position food insecurity as a direct outcome of geographical remoteness associated with the lack of motorable road. Road building is thus presented as the solution to food insecurity. I challenge this orthodox narrative using the concept of “infrastructural orthodoxies”. Drawing on interdisciplinary literature on infrastructures and critical human geography scholarship on vulnerability, I argue that rather than resolving food insecurity, road increases vulnerability. This occurs in at least two ways: 1) through the proletarianization of wage workers and petty contractors in the road building market, and 2) through increasing dependence on cash and distant markets for the production and reproduction of local social lives. However, I neither suggest road building as inherently negative nor limit my discussion to the normative evaluation of the success or failure of road. Instead, I ask: what is it that these road projects are actually doing? This question helps turn our attention to the multivalent effects of road and illustrate why the orthodoxy is problematic. I thus present two unintended effects of road that exceed and are obscured by the orthodoxy: 1) road as key sites of electoral politics, and 2) road as vectors of new economic and labor geographies in the Himalayan borderlands. This paper contributes to the knowledge on the relationship between road and food (in)security, and to the interdisciplinary literature that view infrastructures as contingent and always in the process of becoming.