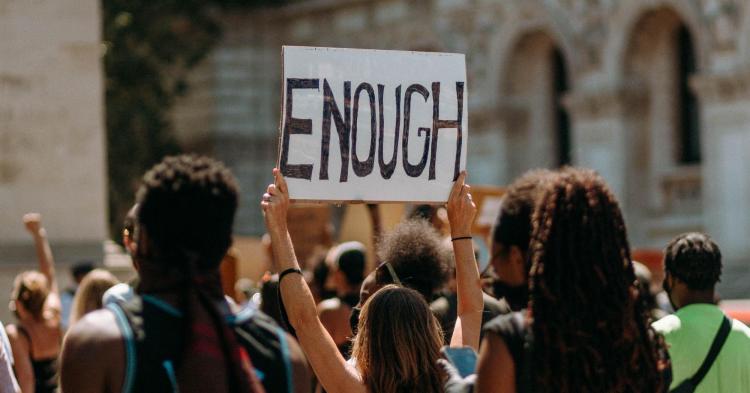 The Geography Department at the University of Colorado Boulder condemns racist police brutality and the use of excessive force, including the documented cases occurring during peaceful demonstrations precisely to protest police violence. We are saddened and outraged by the murders of George Floyd, Ahmaud Arbery, Breonna Taylor, and Tony McDade, who are some of the most recent victims of structural and systemic violence against Black and brown people in the United States.

Killing is but the most egregious form of pervasive patterns of abuse.  Policing and vigilance practices that disproportionately and unjustly target people of color go well beyond these acts of lethal violence. The aggressive and offensive treatment of Naropa student Zayd Atkinson, in the yard of his own home by Boulder Police in 2019, is just one example of racist police action in our own community. Alas, there are many other instances locally as well as nationwide. In much if not all of the country, police stop, pull over, question, and verbally and physically abuse African Americans on an everyday basis, sometimes at the behest of other citizens whose word, motivation, and simple right to be present in particular spaces go unquestioned, a privilege people of color do not have in far too many situations. As stated by the president of the American Psychological Association “We are living in a racism pandemic… If you’re Black in America—and especially if you are a black male—it is not safe to go birding in Central Park, to meet friends at a Philadelphia Starbucks, to pick up trash in front of your home in Colorado or to go shopping almost anywhere” (Shullman, May 29, 2020 ).

We stand with protestors and civil rights organizations such as Black Lives Matter. We call on CU Boulder to be a leader and force of change by demanding civilian led review and oversight of the Boulder police, in order to hold them accountable for racist policies and biased actions, and institute long-term changes in police training and conduct. Further, we call on CU to work harder and more effectively to ensure racial equity in all facets of the institution, including by addressing marginalization and racist treatment of students, faculty, and staff occurring on campus and in the wider community.

Finally, we stand in full support of the student public petition co-authored by Ruth Woldenmichael and Olivia Gardner.  We call on our leaders to work towards social justice and equity and to stand with us against racism, heteropatriarchy, the militarization of the police, and white supremacy.