China Made: Asian Infastructures and the ‘China Model’ of Development

After experiencing episodic but rather deep economic and political crises in the three decades following the 1949 Communist Revolution, the People’s Republic of China (PRC) has experienced very dramatic economic expansion over the last fifty years, and especially since the turn of the Century. Most notably, as per data from the World Bank, the PRC’s economy has grown more than 5 percent, a figure considered fairly high, in 44 out of the last 50 years including each and every single year since 1991. This growth has surpassed the ten percent mark eighteen times in the last half-Century, including six times since 2001, when China became a member of the World Trade Organization, leading to over a four-fold increase in the size of its economy in this Century alone (from 2.37 to 10.16 trillion, in 2010 constant dollars).

This dramatic expansion has largely been the result of an aggressive promotion of export-oriented manufacturing. Since the mid-1980s, the PRC engaged in major industrialization efforts, which have over time made China “the factory of the world.” Initially, much of these transformations were focused in particular coastal and Northern cities and were enabled by foreign investment from overseas Chinese sources (e.g., companies from Taiwan, Singapore), and increasingly by Western investment, with State-owned companies and investments rising over time and becoming quite central to China’s development model since the turn of the 21st Century. 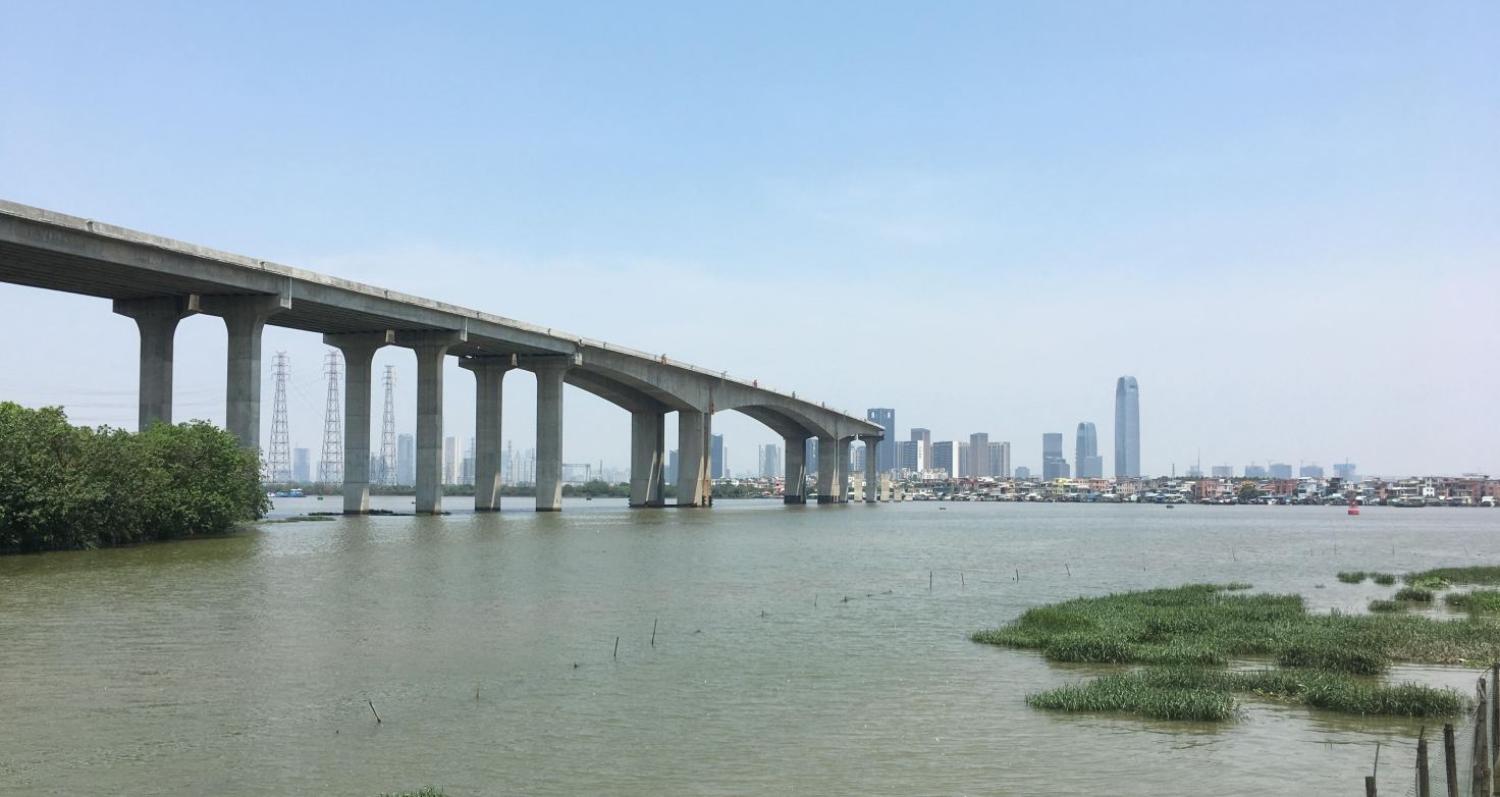 View toward Xinzhou by Tim Oakes

As part of these investments, China has gradually invested in infrastructure development, accelerating considerably over the last decade and resulting in dramatic social and cultural changes in both rural and urban areas across the whole country.  This expansion, along with China’s already-strong clout in regional and, increasingly, global geopolitics, has also promoted an infrastructural development model beyond its borders as part of a newly aggressive foreign policy known as the Belt and Road Initiative (BRI).

To better understand the extent and implications of these transformations, scholars at the Center for Asian Studies (CAS) at CU Boulder led by Tim Oakes, Professor of Geography, and the Hong Kong Institute for Humanities and Social Sciences at the University of Hong Kong (HKIHSS) began the China Made Project, an effort supported by The Henry Luce Foundation to explore the domestic and international dimension of China’s infrastructure development, and to shift the academic focus from broader geopolitical and international relations perspectives to a finer-grained analysis of the infrastructures themselves and the on-the-ground social and cultural dimensions of their construction.

China Made will involve the development of several interrelated projects, some thanks to funded postdoctoral and graduate research positions; conversations during three academic conferences – two hosted at CU (including one this past October), and one hosted by HKIHSS; and the development of online scholarly resources for project participants and the broader academic community.

Please contact Prof. Oakes if you have any questions about China Made.