Earth’s skin is an interdisciplinary laboratory 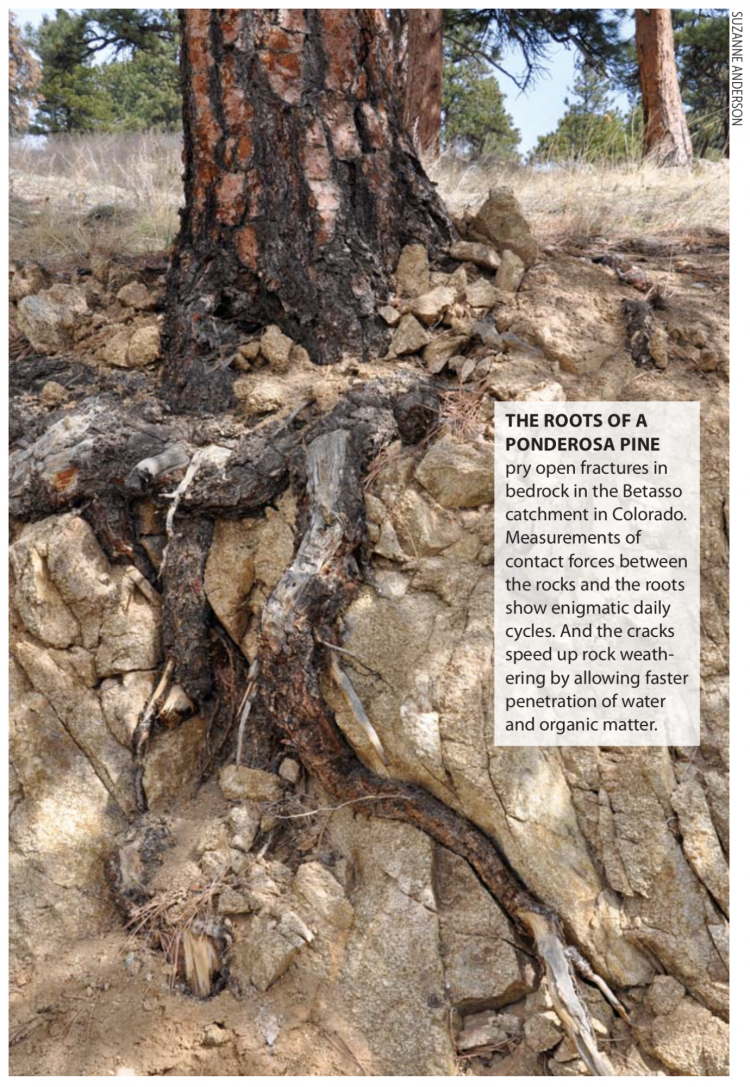 Suzanne Anderson was quoted in Physics Today for a recent article titled, "Earth’s skin is an interdisciplinary laboratory" about critical zone research. Here are a few excerpts:

In probing the life-supporting critical zone, researchers hope to protect it for future generations.
Where does water go when it rains? How does soil form? How did forests and other ecosystems develop? And how can understanding those processes inform human behaviors in the face of changes in land use and climate? Those are among the questions that scientists are asking about the critical zone—defined loosely as the region at Earth’s surface that extends from the treetops down to bedrock.

Although critical-zone research is tuned to local environments, scientists also look for broader implications. At the Boulder Creek Critical Zone Observatory in Colorado, part of the US network of nine CZOs, the main focus is on how erosion and weathering shape topography.

Floods, fires, and findings
At some CZOs, natural disasters have become natural experiments. According to Chorover of the Catalina-Jemez CZO, almost all the long-term erosion at the observatory takes place in the  years immediately following a wildfire. That understanding, he says, was derived from a combination of before-and-after lidar landscape images and measurements of beryllium-10. Concentrations of the isotope, which forms when cosmic rays bombard rock minerals, provide a measure of erosion rate. And after the devastating 2013 Colorado Front Range flood, Boulder Creek researchers led by Suzanne Anderson studied landslides and debris flow. “We found that in the course of a few minutes, the hill slopes lost sediment produced by 300–400 years of weathering,” she says.

Tags:
Return to the top of the page
Feedback