Human-started Wildfires Expand the Fire Niche across the United States

As part of a NASA grant awarded to Dr. Jennifer Balch and colleagues at the University of Massachusetts Amherst and the University of Idaho to study climate and  land use drivers of invasive-grass fueled fires across the western U.S., Jennifer Balch and her team just published a paper in Proceedings of the National Academy of Sciences (PNAS) entitled “Human-started wildfires expand the fire niche across the United States”: http://www.pnas.org/content/114/11/2946.full. 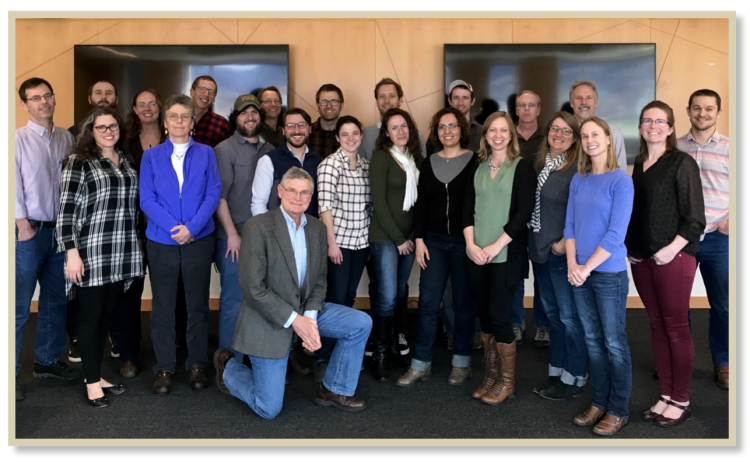 The costs of wildfire in the United States have risen substantially in recent decades, but the direct role of people in increasing wildfire activity has been largely overlooked. This study provides the most comprehensive assessment of the role of human-started wildfires, compared with lightning-started fires, across the United States from 1992-2012. It combined over 1.5 million government wildfire records with fuel data from the MODIS satellite, climate data from meteorological stations, and lightning strike  data. Results showed that over two decades across the U.S, people started 84% of all wildfires, tripled the length of the fire season, including burning during moister conditions, dominated an area seven times greater than that affected by lightning fires, and were responsible for nearly half of all areas burned. The authors suggest that policy efforts to mitigate wildfire-related hazards would benefit from focusing on reducing the human expansion of the fire niche.This line of research focused on wildfires is one of the main themes explored by Earth Lab, a new initiative funded by the university’s Grand Challenge, directed by Dr. Balch. Earth Lab’s mission is to accelerate discovery to address major unanswered questions about the pace and pattern of global environmental change. Earth Lab aims to be a world class synthesis center, capitalizing on earth observations to answer timely questions about earth systems science, utilizing complex, heterogeneous data and novel datasets. Earth Lab has had over 20 faculty, 9 postdocs, 8 graduate students working on various science themes including fire, forest disturbance, permafrost, erosion, data harmonization, drought and risk assessment, mountain ecohydrology, societal impact of natural disasters, and data analytics. Additionally, over 15 undergraduate interns from Geography, Math, Engineering, and  Geology are participating in cutting-edge research of the science and analytics teams. Earth Lab is comprised of science projects or themes, a state of the art analytics hub to facilitate research, and an education initiative to train the next generation of earth system scientists in data analytics. 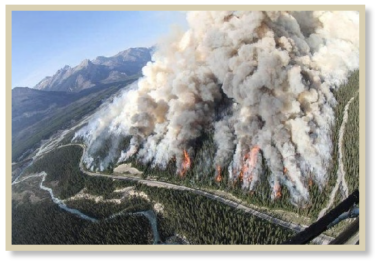 On May 1, 2016, a fire began southwest of Fort McMurray, Alberta, Canada. On May 3, it swept through the community, forcing the largest wildfire evacuation in Alberta's history. The fire is believed to be human-caused.(Getty Images)

Chelsea Nagy is Program Manager / Research Scientist for Earth Lab where she has worked since October 2015. Dr. Nagy has Earth Lab managerial duties for operations and assists Jennifer Balch, project director in setting the strategic direction for Earth Lab. As a research scientist, Dr. Nagy studies the influence of humans on the spatial and seasonal patterns and drivers of fire within the U.S. For the latest updates on their research projects, education, and the analytics hub, check out the Earth Lab website: http://www.colorado.edu/earthlab.
Categories:
Tags:
Return to the top of the page