Language, Gender, and Sexuality in India 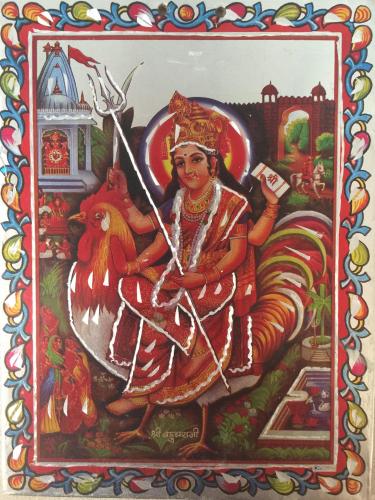 Much of my research on language, gender, and sexuality involves groups associated with non-normative systems of sexuality and gender in India. These groups include hijras, a traditional Indian group identified in anthropological scholarship as a “third sex” because of their identification as neither man nor woman; kotis, cross-dressing men who marry women yet have male sexual partners; gays and lesbians, groups that emerged in India in the 1990s through HIV-AIDS activism and orient to a Western model of same-sex sexuality; and boys or TGs, a burgeoning category of persons assigned female at birth who wish to live their lives as men. The claims I make about the language practices of these groups are very specific—even radically particularized—to the localized sociocultural environs in which they occur. At the same time, my work reveals that every local use of language is deeply informed by broader ideologies of language and personhood that circulate at higher levels, whether urban, regional, national, or global.

While my early work focused on the language practices of Hindi-speaking hijras in Varanasi, my more recent work examines the bilingual practices of the globalized middle classes in urban India. I am particularly interested in how Hindi and English, along with a range of hybrid language varieties situated between these two extremes (now often labeled as ‘Hinglish’), inform the emergence of new forms of sexual subjectivity arising in and around India’s capital, New Delhi. Because Hindi and English are ideologically bound to contrastive dichotomies of personhood—traditional vs. modern, rural vs. urban, working class vs. upper class, local vs. global—they are used as resources in the production of particular kinds of sexual selves.

From the discipline of anthropology, I take the insight that the relationship between language and social meaning is best uncovered through ethnography, a time-intensive empirical method requiring longitudinal participant observation with the speakers, languages, and societies under study. In the case of my research in New Delhi, this method has revealed the complexity of ways that India’s rising global economy has worked to sediment the status of English as a language of modernity, and more specifically, of sexual modernity. My publications in this area over the last decade include a 2005 article Intertextual Sexuality in Journal of Linguistic Anthropology on the kotis’ contrasting impersonations of hijras and gay men and a 2009 article "Boys' Talk": Hindi Moustaches and Masculinity in New Delhi in Pichler and Eppler’s Gender and Spoken Interaction on divergent uses of Hindi and English by groups identifying as boys and lesbians. My 2014 commentary Hypersubjectivity in Journal of Asian Pacific Communication considers the role of global movement in bringing about the kinds of indexical shifts between form and meaning seen in Delhi’s expanding middle class, and my 2013 commentary "It's a Hijra": Queer Linguistics Revisted in the journal Discourse & Society questions queer theory’s ability to account for these shifts, given what I view to be its very limited, if not static, understanding of identity. In this latter article, I propose that the concept of indexicality as advanced by sociocultural linguists provides a much more powerful way of understanding identity as something that is multilayered and always shifting across time and space, both presupposed and created anew in every act of discourse.

Over the past decade, I have been developing a book manuscript on language and sexuality in India that analyzes the ways that social meanings attributed to Hindi and English have shifted under globalization. With Rusty Barrett, I am currently editing the Oxford Handbook of Language and Sexuality, scheduled for publication in 2018.