The Mystery of Aspen Powder 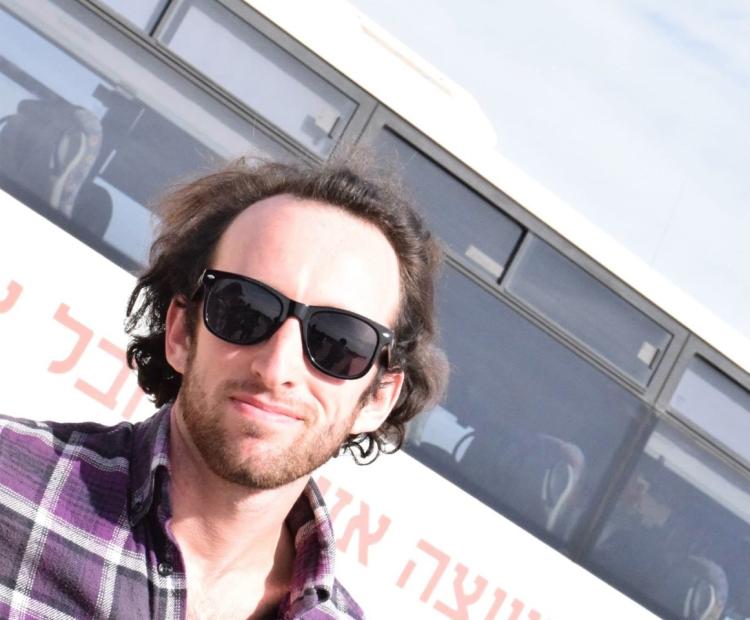 The Mystery of Aspen Powder-Oren Rabinowitz

I was born in Israel, raised in New Jersey, and graduated with a B.A. in Ecology and Evolutionary Biology at The University of Colorado-Boulder in 2014. In the late fall of 2013, I joined the Tripp Lab to pursue a research question that Erin Tripp and I had discussed when I was a student in her Plant Systematics class. I wanted to find out what the powder found on aspen tree bark was made of. I asked Erin, who suggested the question was to her knowledge an unanswered one. I immediately signed up for independent study, and together we designed a study aimed at elucidating why aspen tree bark was powdery, and what the possible functions of this powder are.

We began our investigation with a literature review in November of 2013 followed immediately by fieldwork. Most people who have put their palms to an aspen tree are familiar with this curious powder in question. It tends to stick to your fingers and feels like a dusty chalk. Observations made by scientists who studied the aspen tree in the 1900’s recorded many helpful observations about the presence and color of the powder. Some non-scholarly sources claim that the powder is actually a wild yeast that can be used for homestyle fermentation, or as a natural sunblock. The most recently recorded observation was made by Univ. of Colorado Emeritus Professor and Botany Curator Dr. William Weber in his Colorado Flora: Eastern Slope, published in 2012. In that work, Dr. Weber speculated that the powder might be the developing thallus of a lichen.

Erin and I devised a working hypothesis that the white powder that characterizes aspen bark was actually aspen bark cells and that beta-carotene was the pigment responsible for the orange coloration of the powder. Beta-carotene is a carotenoid important to plant photosynthesis: not as an active contributor to the process but rather a molecule that helps transmit energy to chlorophyll while also playing a protective role for chlorophyll via its antioxidant properties. Starting in December of 2014, we collected samples from 11 aspen populations in Boulder County. Small squares of bark were cut, tagged, returned to the lab, then refrigerated. Once dry, thin cross-sections of samples were prepared via hand and then photographed under magnification for further study. Subsamples were then pulverized and extracts of bark pigment were made with acetone. These extracts were spotted onto Thin Layer Chromatography (TLC) plates to determine presence or absence of photosynthetic pigments and accessory pigments present in the bark powder.

Microscopy and cross-section analyses revealed that the bark layer of the aspen tree is divided into three layers (from inner to outer): the cork cambium, a layer of orange cells, and finally a layer of white cells. The cork cambium is immediately subtended by green, photosynthetic chlorenchyma, and our TLC trials confirmed that this tissue layer contains all photosynthetic pigments you would normally find in the leaves (e.g., beta-carotene, pheophytin, chlorophyll-a, chlorophyll-b, and xanthophyll). In contrast, the outer two layers (orange cambium and white bark) contained no photosynthetic compounds. As such, the orange pigmentation present in powdery aspen bark is not beta-carotene and remains unidentified. The orange layer is composed of heavily conglutinated cells that, as they age, become white and lose cohesion.

Our study demonstrated that aspen trees exhibit a unique method of bark cell shedding. The accumulated layer of bark cells on the surface of aspen trees do not stick together and do not form a solid mass of protective tissue. Rather, the aspen sheds mature bark cells in a powder so that sunlight can continue to penetrate the cork and cambium to reach the chlorenchyma. When powder is removed from aspen trees, the orange cambium is visible above the verdant chlorenchyma directly beneath. Younger cork cells tend to be orange in color whereas older cork cells are white and give aspens their ghostly appearance.

Many questions remain regarding the physiology of aspens and aspen bark. What is the orange pigment responsible for the orange hue? Is sunlight the primary factor that bleaches the orange bark cells? Does weathering and physical removal of white cork cells make aspen bark more prone to sun-scald? How do aspens prevent secondary infection without a thick bark layer? We think these questions can be answered by the next undergraduate to join the Tripp Lab!

Our manuscript is currently in press in the journal Western North American Naturalist. We thank Barbara Denmig-Adams and William Adams for early conversations on the research topic.