On the third floor of Old Main, encased in glass in an exhibition hall chronicling CU Boulder’s distinguished history in space, there’s a football with “Colorado” pressed into the pigskin.

At 11:38 a.m. on Jan. 28, 1986, that ball rocketed away from Cape Canaveral aboard the Space Shuttle Challenger, stowed among the belongings of NASA astronaut Ellison Onizuka (Aero’69; MS’69; HonDocSci’03).

Among the wreckage recovered from the sea was the CU football, a soccer ball signed by the players of the Clear Lake (Texas) High School girls soccer team, including Onizuka’s elder daughter, and a Hawaiian flag. (Onizuka was from Hawaii.) These items and some others were returned to Onizuka’s widow, Lorna, and their girls, Janelle and Darien.

The family presented the soccer ball to the high school, in Houston, and the flag to Hawaii’s governor. The football they gave to CU Boulder. It was an early and enduringly poignant gift to the campus Heritage Center, still new in 1986.

Not long ago, the soccer ball completed its journey to space. In 2016, 30 years after the Challenger disaster, NASA astronaut Shane Kimbrough, whose son was attending Clear Lake, ferried it to the International Space Station.

“This ball was on Challenger that fateful day,” he tweeted, with a photograph of the ball floating in the space station’s windowed cupola. “Flown by Ellison Onizuka for his daughter, a soccer player @Clear_LakeHS. #NASARemembers.”

The first step to victory is getting to the field. END_OF_DOCUMENT_TOKEN_TO_BE_REPLACED

Byron R. White came to notice for his athletic prowess, then proved himself a star in almost everything else. END_OF_DOCUMENT_TOKEN_TO_BE_REPLACED 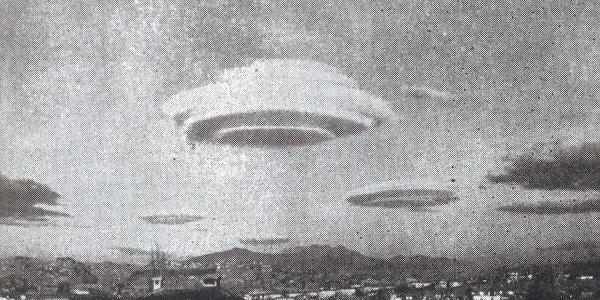 Very few official UFO studies have been conducted, but CU Boulder boasts one of these rare reports. END_OF_DOCUMENT_TOKEN_TO_BE_REPLACED