Please note: This announcement discusses topics of sexual assault and mass shootings. Mental health support resources can be found through CAPS and OVA.

Two CMCI undergraduate seniors, Lauren Irwin and Alec Levy-O'Brien, have earned top recognition in the 2021-22 Hearst Journalism Awards, a national competition in which students submit their work to be judged by journalism professionals.

The Hearst Journalism Awards Program, established through the William Randolph Hearst Foundation, hosts a series of competitions throughout the year. Undergraduate journalism majors can enter the competitions if their university is accredited through the Accrediting Council on Education in Journalism and Mass Communications (ACEJMC).

This year, Levy-O'Brien placed 17th in the photojournalism competition and Irwin placed seventh in the feature writing competition.

“I’m just so thrilled,” said Journalism Chair Elizabeth Skewes. “These are national awards for student journalism, and we’re competing against some of the top universities in the country.”

“We’re fortunate because we have both The Bold and the CUI that we can draw from for these student journalism awards,” Skewes said. “I’m really proud of the work that all of our students are doing.”

Levy-O’Brien, a photojournalist for the CU Independent, submitted photographs he took March 22, 2021, during the Table Mesa King Soopers shooting in Boulder. His images captured the breaking news moments of what occurred, showing police officers, FBI agents and SWAT teams responding to the scene and King Soopers employees leaving the building.

The powerful images earned 17th place out of 101 entries submitted from 56 universities in the Hearst Photojournalism I competition.

Levy-O’Brien is extremely proud of the journalistic work he and other CU Independent journalists performed that day, yet the recognition brought conflicted feelings.

“If I am honest, the nomination and subsequent placing left me feeling rather hollow,” said Levy-O’Brien. “In my years working as a professional photographer in the sports world, I had never really expected to come face to face with a situation such as this.”

Levy-O’Brien, a fifth-year journalism student minoring in sports media, said he hopes that people who see his coverage understand the human effect the shooting had on the Boulder community, and that victims of violent attacks deserve respect from the journalism community.

“The staff at the CU Independent have been exceptional in their coverage of the shooting and subsequent events, and have had a profound impact on me,” Levy-O’Brien said. “The journalists within the CUI are some of the best and brightest of our generation, and their unwavering support and unapparelled journalistic rigor should be commended.” 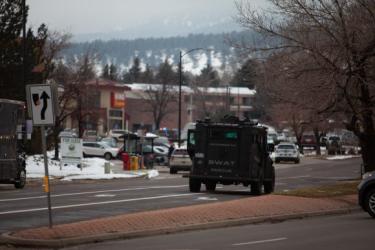 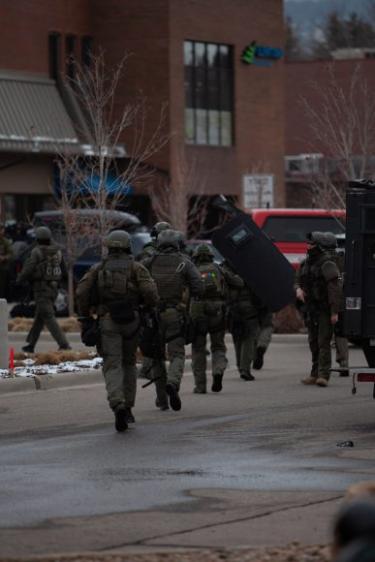 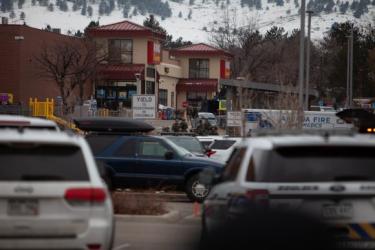 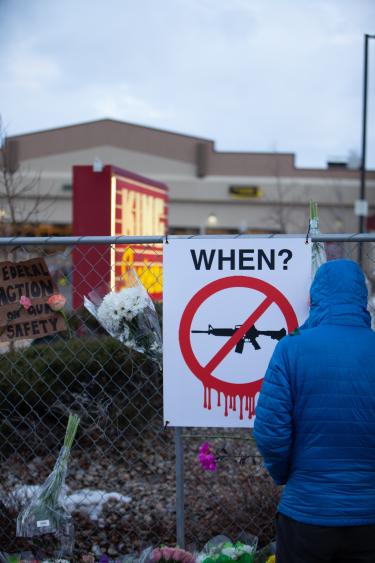 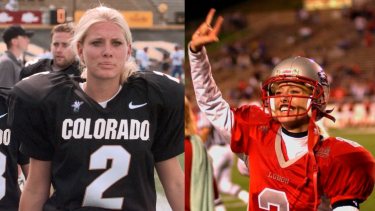 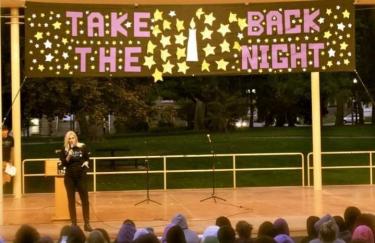 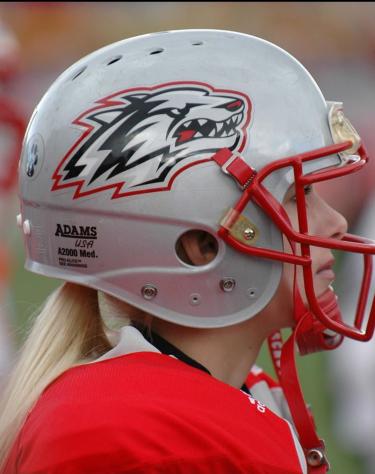 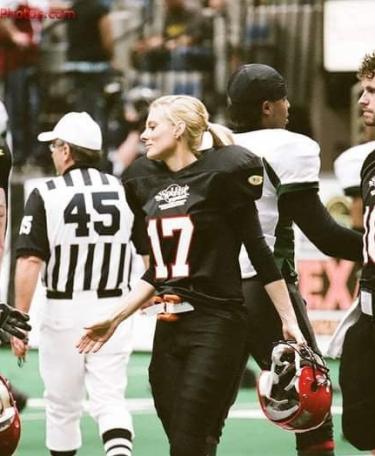 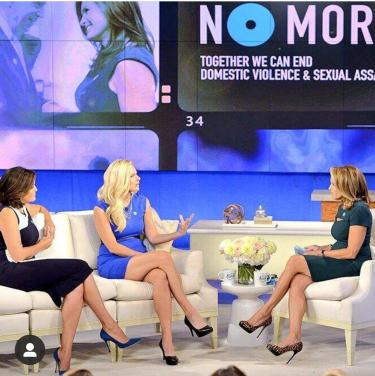 For the Hearst Feature Writing competition, Irwin, the editor-in-chief at The Bold, submitted her story, “Women can play football: Katie Hnida paved the way for athletes like Sara Fuller,” placing seventh out of 148 entries from 80 schools.

The digital story, published in March 2021 in The Bold Magazine, detailed the experience of Katie Hnida, a football kicker who was the first woman to score a point in a Division I college football game.

Hnida started her college football career at CU Boulder in 1999. While at CU, some teammates and staff harassed and bullied her, Irwin’s story reported, and then she said a teammate raped her. Afterward, Hnida transferred schools and made history as a kicker for the University of New Mexico. Today, she helps teach sexual misconduct trainings and spreads awareness about gender violence. Through sharing her experience, she’s helped institutions like CU make changes to prevent cases of sexual harassment and assault. For example, all athletic teams are now required to attend training on sexual misconduct policies.

“I wanted to bring Katie’s story to a collegiate audience that grew up with the #MeToo movement and are now experiencing the Barstool Sports era,” Irwin said. “I hope when people talk about female athletes like Sarah Fuller breaking into a male-dominated sport, they think about Katie and the other females that came before her.”

Irwin, a journalism senior minoring in political science, said she was shocked to find out her story placed seventh in the feature writing competition, expressing gratitude to Hnida and the editorial team at The Bold who helped her create the piece.

“I was really happy because I worked so hard, along with my editors, to make this piece the best it could be,” Irwin said about the recognition. “We all really wanted to do Katie’s story justice and I think that’s why it is as good as it is. I’m so grateful for all of the people who helped me along the way, including Katie, who allowed me to share her story.”

The value of student journalists’ work to the community

It’s important for student journalists to cover these types of stories with journalistic purpose, as Levy-O’Brien and Irwin did, because the stories can have a real impact on the community, Skewes said.

For example, the stories can help reveal systemic issues that need to be addressed to prevent future tragedies, Skewes explained, and they can also show the resilience of the human spirit.

“Journalism is about telling the stories of the human condition,” Skewes said, adding that stories of tragedies can also reveal universal emotions people experience, connecting readers to the story. “If you think about it, the things that we learn from and grow from, oftentimes, are sometimes the most challenging experiences.”

Skewes said she hopes student journalists at CU Boulder recognize the importance of their work, and their ability to impact CU Boulder and the broader community through journalism. The Hearst Awards recognition is further proof of that.

“I hope they recognize that as student journalists, they’re doing some of the best work in the country,” Skewes said. “And I’m glad that the outside world is seeing that now, too.”