In 2020, the world’s oldest humanitarian organization—the International Committee of the Red Cross (ICRC)—made a decision that could appear counterintuitive to its mission to save lives.

The organization turned to Fortnite, an online game built around killing and battles, as a way to reach new, larger audiences. 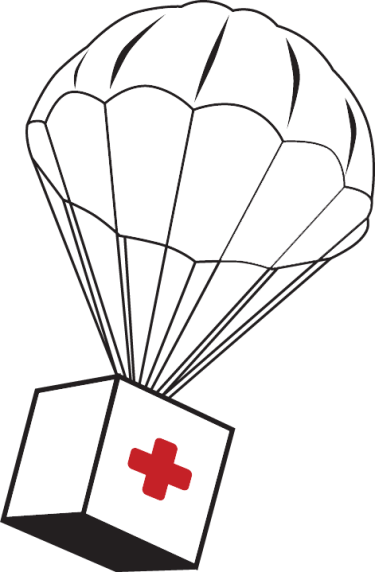 The ICRC partnered with game developers to add a creative mode, called Liferun, inside the Fortnite universe. In Liferun, players accomplish tasks core to the mission of the ICRC, including rescuing civilians in war zones, delivering supplies and defusing mines.

The ICRC and other organizations have realized that if they want their message to be received, they have to “go where people are actually paying attention,” said Jolene Fisher, an assistant professor in advertising, public relations and media design, who has spent the last seven years researching how organizations use digital games as tools for strategic communications.

Fisher originated the term “strategic communication games” and created a framework to study the purpose of an organization, what the game is, and how it’s distributed to the public.

With the rewards also came risks, she found.

The ICRC had publicly expressed concerns in media interviews and on its website about the “problematic representations of war that may normalize activities that are at odds with international humanitarian law.” Fisher’s research showed that implementing Liferun required extensive internal dialogue and planning.

But the ICRC knew that embedding Liferun in Fortnite—which has about 83 million players, according to GamesRadar+—would allow it to place messages about protecting victims in war zones and respecting international humanitarian law into a platform where the community they want to reach is actively involved.

The ICRC had determined that “the people who are playing Fortnite are people who are going to be having a say in what’s happening in a real-life battlefield, whether they’re voters or they are actual soldiers fighting,” Fisher said.

Despite the risks, the strategy was successful for the ICRC. It logged 37% in online growth, and it increased media hits in both major outlets and harder-to-reach, niche media outlets.

Fisher said more research is needed on the potential impact of strategic communication games in the $100 billion gaming industry.

For organizations, further research would offer a better understanding of the ways in which their involvement reshapes their own industries. It could outline challenges, like sustaining the effort over time—a particularly potent question for nonprofits that don’t have the infrastructure to maintain a product, Fisher said.

Further research could also identify how organizations use the persuasive nature of games for specific agendas and to determine ethical best practices.

“These things are dependent on who the organization is and what they’re trying to achieve,” Fisher said. “So we can potentially see organizations that may have goals counter to some of these humanitarian or climate progressive goals. It’s not just that it’s going to be used for all of these social good-oriented outcomes.”

Issue: Fall 2022
Categories:
Tags:
Return to the top of the page