When challenged to draw attention to a new website for the company Avery Dennison, which specializes in packaging and labeling design, sophomores Megan Lange and Julia Muell knew what to do: Handle with care.

After months of research and conceptualization, the pair landed on a winning strategy: ads that would embrace, rather than compete with, their environmental surroundings.

The finished product, “Inspired World,” claimed a coveted Golden Pencil at the 2019 Young Ones awards, a worldwide showcase of creative work by top students in advertising, digital communication and design.

“I was in math class,” Muell says, remembering the moment Lange texted her the news that they’d won the top prize in the client brief category. “So I left class, and I immediately called her and started crying.”

Accompanied by Professors of Practice Dan Ligon and David Smail, Muell and Lange joined 12 other advertising students on a trip to New York City for the competition, hosted each year by The One Club for Creativity. Their four-day trip included visits to six media and advertising agencies, and stops at iconic sights throughout the city.

“It was definitely a learning experience,” says Sam Eaton, a senior majoring in strategic communications and studio arts who won a Bronze Pencil for his team’s “Read Between the Lies” submission for The New York Times’ brief. “There was so much collaboration from other team members and perspectives I never even would have considered.”

As a group, this year’s students brought home two Golden Pencils, one Silver, one Bronze and several merit awards. They finished in eighth place overall, and in second place among other 4-year undergraduate (non-art) universities.

“I kind of look at it as a diving board—like it just gives me a little bounce before I jump even further,” Lange says. 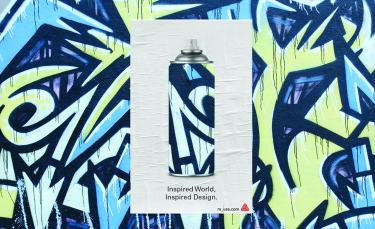 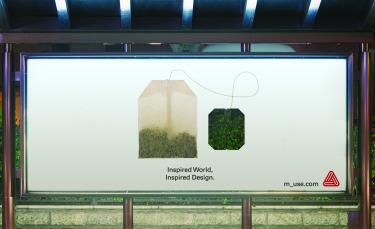