Home Fall 2017 Journey to the top of the earth

Journey to the top of the earth

Journey to the top of the earth

Home/Fall 2017/Journey to the top of the earth

CU and Norwegian participants in the Arctic Lenses climate journalism project navigate a glacier in the Arctic archipelago of Svalbard.

Story and photos by Tom Yulsman, director of the Center for Environmental Journalism.

On a September day when I’d normally be in class, I found myself with three graduate students in survival suits, speeding in inflatable boats through a fjord near Ny-Älesund, Earth’s northernmost community.

We had to dodge floating chunks of ice, some house-sized, which had calved from the Kongsbreen glacier a few days earlier. It was probably the largest such calving event ever observed from Kongsbreen, according to Kim Holmén, our guide from the Norwegian Polar Institute.

Thanks to humankind’s emissions of carbon dioxide, the Arctic has warmed twice as fast as the rest of the globe. As this has occurred, many glaciers in Svalbard have retreated—Kongsbreen by more than three miles in 30 years.

But were we having to dodge icebergs because of global warming?

Not necessarily, Holmén cautioned. Glaciers like Kongsbreen naturally calve ice into the water. Journalists should be cautious about attributing a single, specific event like that to human-caused warming. Better to focus on longer-term trends, he advised.

“That’s the struggle of science writing—getting the nuance of the science while still helping people understand how everything relates together,” observes Cay Leytham-Powell, one of the CMCI graduate students who participated in the Arctic Lenses multimedia project.

To get to Ny-Älesund, we first flew to Oslo. There, we boarded an evening flight to Longyearbyen, Svalbard’s main town. Once aloft, dusk fell quickly.

And then, pure magic: Off the wing, sheets of green light billowed against a sapphire sky—the aurora borealis, almost at eye level.

As we dropped through the clouds on approach to Longyearbyen, we beheld another scene of ethereal beauty: treeless, snow-dusted mountains emerging from the mists as the almost black waters of a fjord became visible below.

“The most memorable event of the trip was flying into Longyearbyen and witnessing the northern lights, then descending through the clouds and seeing this wild landscape right before we landed,” says Alex Pilnick, another participating student. “‘This is the real deal,’ I thought.”

During our time there, Pilnick focused on capturing video. Leytham-Powell reported on archaeological research. And graduate student Kat Canada, our audio specialist, naturally headed off to a bar.

Not because she was thirsty, but to interview coal miners coming off their shifts. 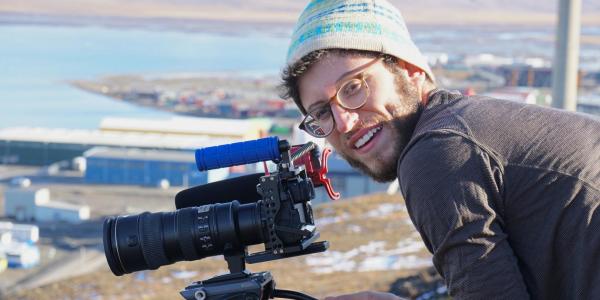 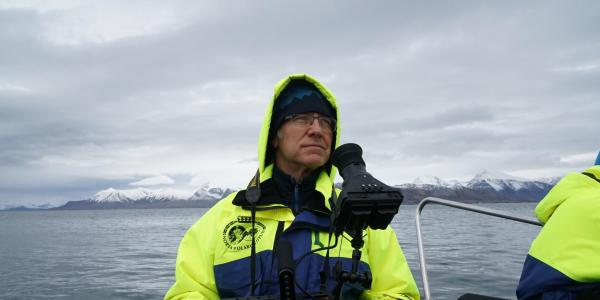 Center for Environmental Journalism Associate Director Michael Kodas during a trip in inflatable boats to a glacier near Ny-Älesund, the world’s northernmost settlement. 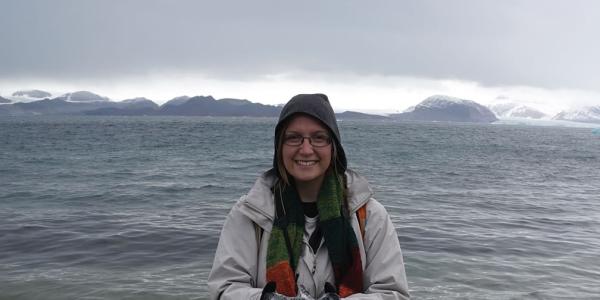 Cay Leytham-Powell, a student in the Media and Public Engagement master’s program, on the shore of a fjord by Ny-Älesund.

Mining began on Svalbard in the 1920s. But it has declined as cleaner, less climatically harmful energy sources have gained ground. Canada wanted to interview miners about the looming end to their way of life.

“I got to do this really impactful interview with a miner named Vince,” Canada says. His father and brothers were miners, too. Tragically, one of the brothers was killed when a beam crashed down on him.

From her interviews, Canada learned that “journalistically, you can’t approach something from a black-and-white perspective. And there are some underrepresented voices. We don’t often hear from people like Vince.”

Next, we flew to Ny-Älesund, where scientists from 10 nations conduct research. The town comprises a few dozen buildings huddled by the fjord. Polar bears roam this area, so doors leading into the buildings are left unlocked—allowing you to dash to safety should a bear ramble by.

During a trip to a glacier with Chinese scientists, Pilnick felt confident his hosts would protect him. But when they climbed out of their boats, the leader said in broken English, “We forgot the polar bear gun.” He asked Pilnick whether he wanted to turn back. The answer was a definitive “no.” So they spent six hours trudging up and down the glacier, carefully avoiding crevasses while recovering data from GPS units used to monitor ice movement.

No polar bears were spotted the entire trip. But on the boat ride to the Kongsbreen glacier, we did spot reindeer browsing on tasty greens along the shore, and thousands of birds roosting on cliffs.

As we bobbed on the swells near Kongsbreen, Holmén stood confidently near our boat’s bow, a tall, imposing man with a salt-and-pepper beard flowing down to his chest. Atop his head was a pink and purple woolen cap.

“It was kind of like not real life­—him balancing there in the boat with his big beard and weird hat, in command of the tides,” Canada says.

At one point, a slab of glacial ice splashed into the fjord, and climate change came up again. “He didn’t think we should make a big deal about one isolated event like that,” Canada recalls. “It shows that scientists have to be balanced, and they can’t always jump to a conclusion.”

We came away thinking this was good advice for journalists, too.

“This trip helped me appreciate nuance, and how to better inform my own writing,” Leytham-Powell says. It also helped crystallize her future: “I do want to write, I do want to use these energies in a way that can help solve these issues.” 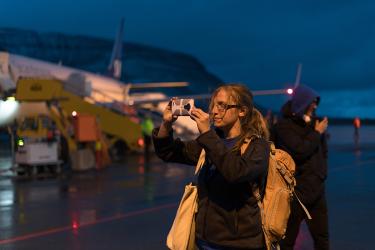 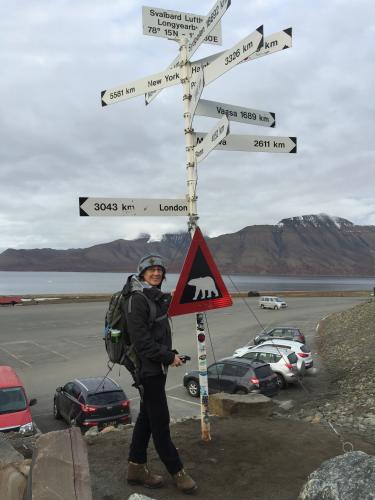 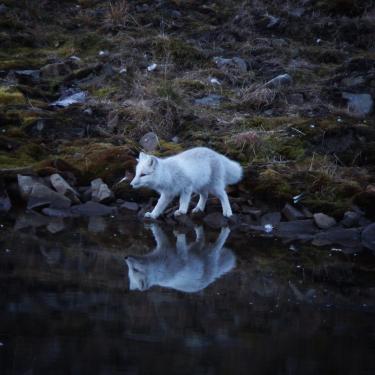 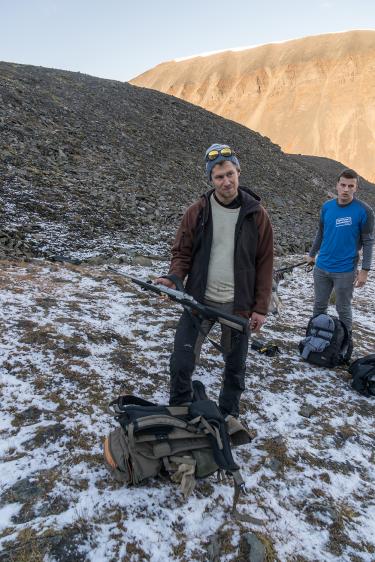 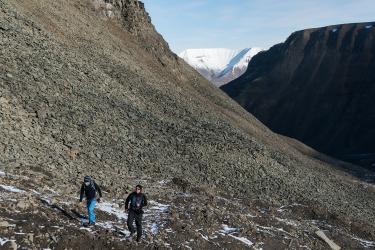 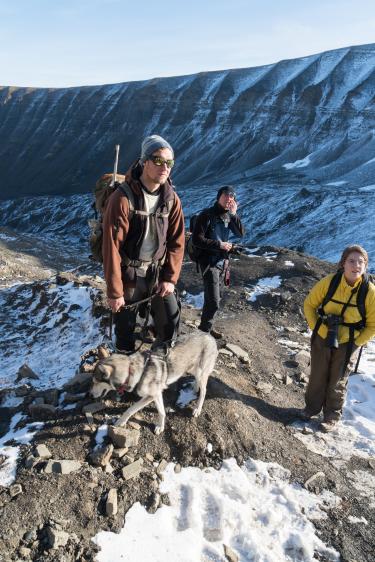 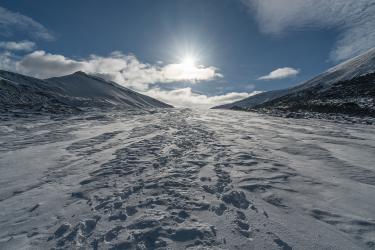 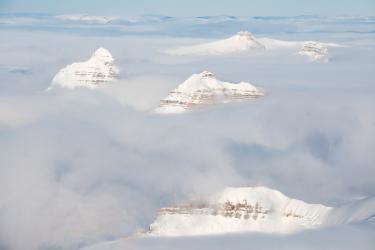 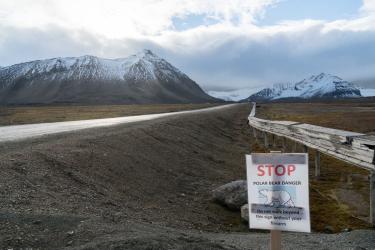 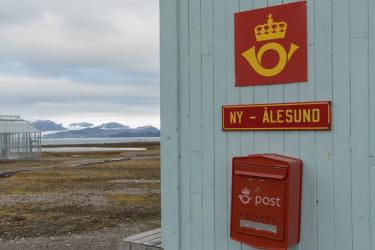 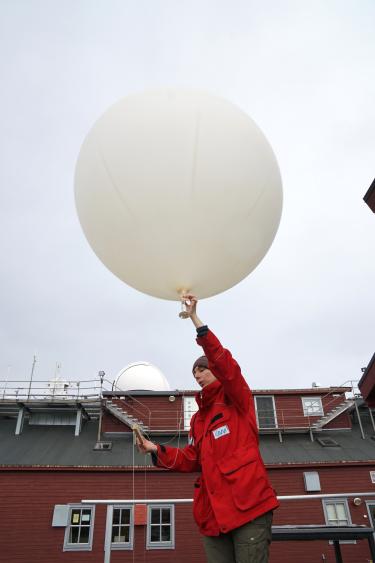 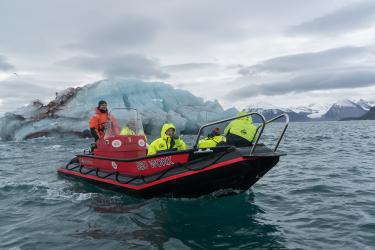 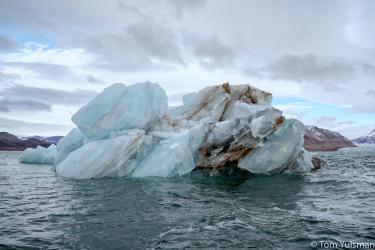 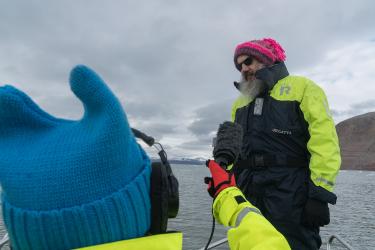 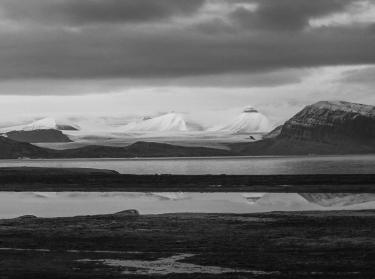 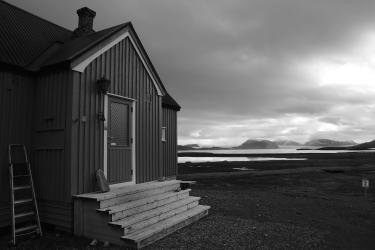 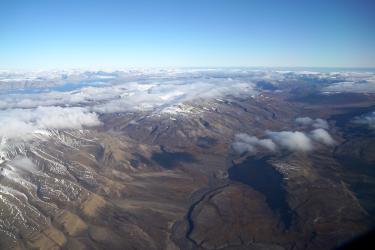 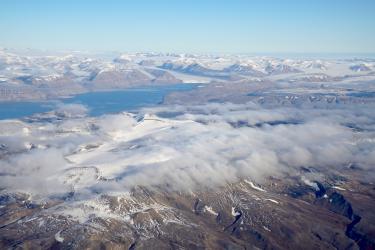 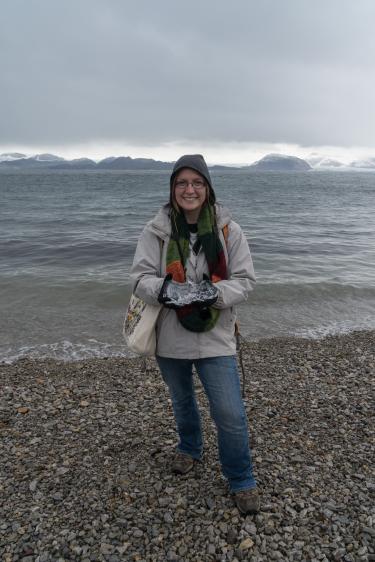 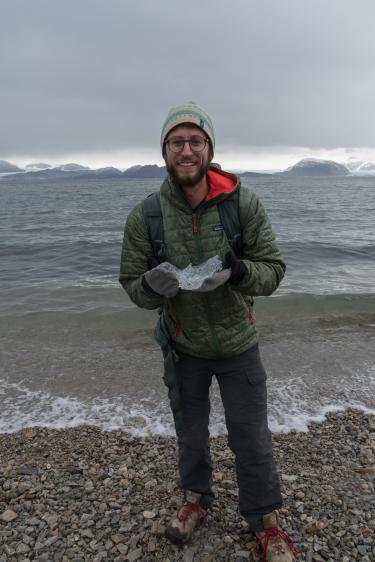 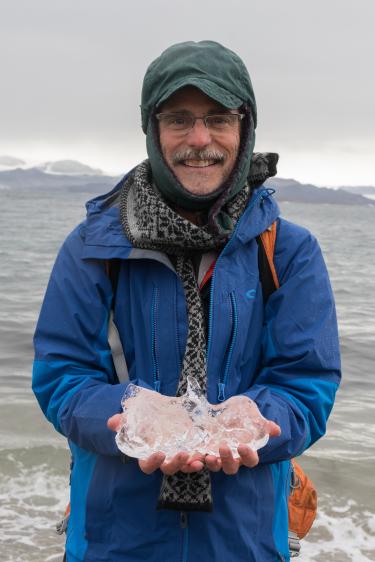 Cay Leytham-Powell got her wish after graduating in spring 2017: She landed a full-time job as a content creator for CU Boulder’s College of Arts and Sciences. Kat Canada was hired by The Denver Post, where she is doing editing and design. And Alex Pilnick launched a freelance videography business. He’s using video he shot in Svalbard to demonstrate his technical skills to prospective clients.