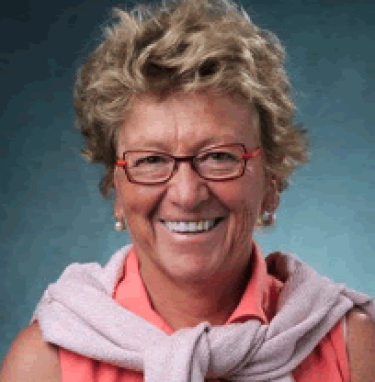 A former television news producer, professor Meg Moritz examines the impact of crisis reporting on journalists and their subjects. Her current research project examines the role of the Internet in Finland during the 2007-2008 school shootings.

Professor Moritz also does research on media and gay rights.  Her article, “Say I Do: Gay Weddings in Mainstream Media,” appears in Media/Queered: Visibility and its Discontents. In “Hate Speech Made Easy: The Virtual Demonisation of Gays,” she examines the global impact of U.S. court rulings on free speech and the Internet.  It appears inRacial, Ethnic, and Homophobic Violence: Killing in the Name of Otherness. She was writer and story consultant for the documentary film Scouts Honor, which examines the Boy Scouts of America’s anti-gay policies. The film won the audience award for best documentary and the Freedom of Expression Award at the Sundance Film Festival in 2001.

A UNESCO Chair and Fulbright Senior Scholar, Moritz has presented her research in more than 20 countries. She created the JMC Global Seminar, China Through TIME, and in 2011 travelled to Beijing, Shanghai and Hangzhou with 11 CU undergrads. She has been a visiting scholar at Communication University of China in Beijing, Jiao Dong University in Xian, University of Stockholm, University of Malta, University of Versailles and University of Paris, The Sorbonne.