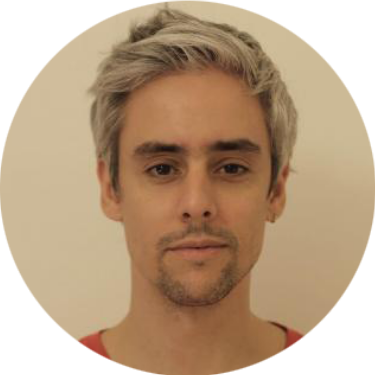 Tomas Laurenzo is Associate Professor of Critical Media Practices. He is an artist, engineer, academic and designer, working with physical and digital media and is interested in data representation, music, interaction and politics.

With a background in both computer science and art, his research spans across different practices and interests, including artificial intelligence (machine learning), human-computer interaction, physical computing and extended reality. He has several publications, mainly in the areas of New Media Art and HCI.

His artistic production is also diverse and includes installations, music, live cinema, video and digital lutherie. His artworks and performances have been shown globally, including SIGGraph Asia, NIME, ISEA, NeurIPS, ECCV, Sónar+D, Mutek, TEI, among many others.

Previously, Tomas worked as an Associate Professor at University of the Republic (Uruguay), where he founded and directed both the Medialab (Laboratorio de Medios) of the Engineering School and the university’s Core Group on Human-Computer Interaction.

He holds a Ph.D. in Computer Science from the PEDECIBA Program, and was advised by Dr. Alvaro Cassinelli, University of Tokyo.