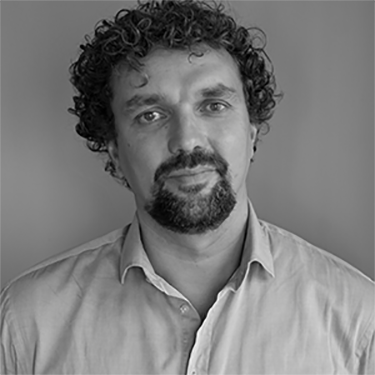 Associate Professor Thorsten Trimpop is a filmmaker and visual artist whose work examines the impact of history, politics and the changing natural world on private lives.  His latest film, Furusato 古里, a human-scale portrait of a small town in Japan’s nuclear exclusion zone, was shown at dozens of festivals and won the grand prize at DOK Leipzig. It had a cinematic release in over 80 cities in Germany and Austria and was internationally broadcast on Arte. His first feature film, The Irrational Remains, a nonfiction tale of love and betrayal set against the fall of the Berlin wall, premiered at the Berlin Film Festival and won numerous international awards and was broadcasted worldwide. His work has been presented at venues such as the Locarno Film Festival, the International Film Festival Rotterdam, the Viennale, FID Marseilles, International Film Festival Pusan, BAFICI and the Ann Arbor Film Festival.

He is currently working on a genre-blurring feature grounded in a true crime story that sparks a dual narrative about our colonial inheritance and the human obsession with beauty. For this project he has been awarded a John Simon Guggenheim Foundation Memorial Award.

Thorsten taught at the Massachusetts Institute of Technology, Harvard University and Boston University. From 2011–2013 he was a Research Scholar at the Department of Visual and Environmental Studies, Harvard University. From 2014-17 he was a fellow at MIT Open Documentary Lab. Thorsten has played a key role in developing new programs and curricula at the School of the Art Institute Chicago, where he taught prior to arriving at CU.