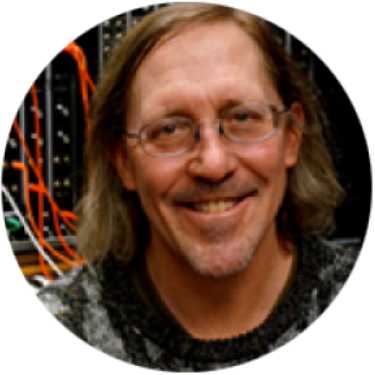 Bozeman, Montana, native John Drumheller received his DMA in composition from the University of Colorado in 1993. He has undertaken further studies in digital synthesis and algorithmic composition at the Center for Computer Research in Music and Acoustics at Stanford University and in synthesis and digital signal processing at the Center for New Music and Audio Technologies at the University of California, Berkeley.

Drumheller’s music has been performed across the United States, Europe and Asia, including venues such as the Corcoran Gallery in Washington, D.C., and the Issues Project Room in New York City.  He has won several awards for his music, including the Kayden Colorado Arts Award, the Quinto Maganini Award and an honorable mention at the ALEA III International Composition Competition for his string quartet Ragged Tree at Olive Ridge, recorded on the CRS label. He is a founding member and co-director of the Boulder Laptop Orchestra and is senior instructor of composition and director of music technology at CU-Boulder.