News consumers becoming endangered—that was the fear of Paula Poindexter, a University of Texas at Austin professor, in her 2012 book, Millennials, News, and Social Media: Is News Engagement a Thing of the Past?

Concerned that cultural factors like AOL and Facebook had prevented Millennials from embracing the news as previous generations had, Poindexter decided to take action. As president of the Association for Education in Journalism and Mass Communication (AEJMC) from 2013-14, she implemented a new initiative called News Engagement Day (NED). Occurring annually on the first Tuesday of October, NED encourages news engagement while also promoting an understanding of the principles of journalism.

Despite Poindexter’s fears, news engagement now thrives in social media spaces. According to Pew Research Center, “about half of Americans get news on social media at least sometimes” and 18 to 49-years-old are the primary regular news consumers on social media platforms like Facebook, Twitter, Instagram and TikTok.

For many, the increased accessibility to news has also brought feelings of burnout, with 66% of Americans reporting feeling “worn out by the amount of news there is,” according to a 2020 Pew Research Center survey.

It’s a statistic many can relate to, including my mom. Over the past few years, I often saw her glued to the TV screen, eyes watching the 24-hour news cycle in horror as each breaking news segment followed. The COVID-19 cases were rising, the political division was deepening, social justice issues were at stake and the public was more isolated and divided than I’d ever seen before. I’d tell her to take a break from the news—turn off the TV and her phone. She’d tell me that she wished she could, but she was too nervous to do so. What if something else happens?

At a time where news is more accessible than ever through online platforms, it can be easy to either become addicted to the stream of news or to want to disengage from it completely.

That's why this News Engagement Day, I teamed up with The Bold editor Lauren Irwin to ask CMCI students and faculty how they are cultivating a healthy relationship with the news. We've shared their insights below.

The question is, at what point should we turn off the news? 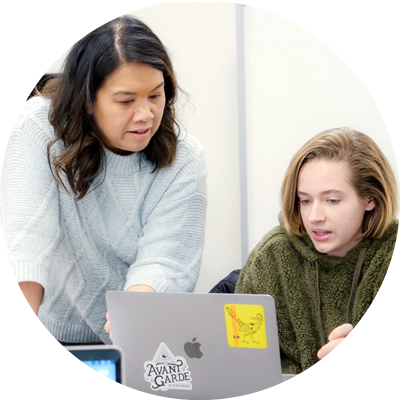 Angie Chuang, an associate professor of journalism, hit her news consumption peak in the early days of the COVID-19 pandemic, she said. The ambiguous information and unknown answers made the news hard to follow.

Chuang describes news coverage today as incremental news, where almost everything gets coverage and is updated throughout the day.

"I think we all need to be aware of things like screen time and going down into news rabbit holes, and understanding when it's okay to just stop and come back to it,” she said. “Twelve hours, 24 hours later—you're not going to miss anything Earth shattering and then you'll kind of get the news without all the incremental developments.” 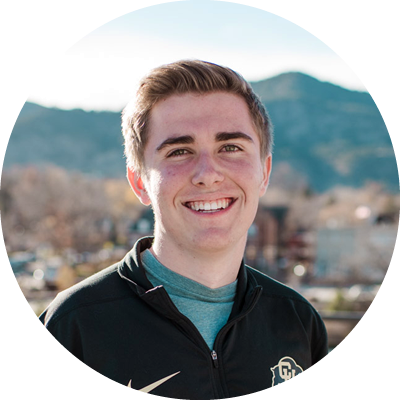 Max Gannett, a senior studying information science, recommends stepping away from the news when you begin to feel consumed by it rather than informed.

"Arm yourself with knowledge, but don’t let that become your life—have a healthy amount that suits your needs of getting the news,” Gannett said.

It’s a lesson that senior journalism student and The Bold’s managing editor Eden Villalovas has had to learn for herself. Keeping up with the latest news of the past year-and-a-half has “felt overwhelming, to say the least,” Villalovas said.

"It's important to take breaks. I think as journalists, we are more submerged in the news than most people, and reading every single story 24/7 can make us lose perspective,” Villalovas said. “Read enough to stay informed but not enough to cause you daily stress and anxiety.”

Use your news breaks to do something you enjoy.

Falling down a news rabbit hole can be tempting. To avoid this and ensure you have an effective news break, Chuang recommends you “schedule things in your life that make it difficult for you to be on your phone or computer.”

"We could say, like, ‘Oh, I’m going to put down my phone,’” Chuang said, but while this is a good idea, she adds, it can be hard to accomplish unless you have something else to capture your attention—a positive alternative. She enjoys activities like going for a walk, meeting up with friends or watching an entertaining movie. “It’s creating and scheduling experiences like that for yourself so that you get these breaks.” 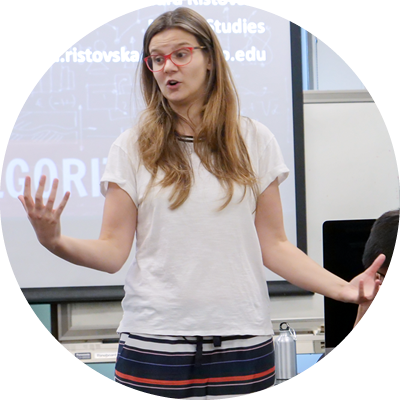 Taking breaks is also a recommendation of Sandra Ristovska, an assistant professor of media studies and self-proclaimed news junkie.

"To me, when I hear news, I immediately think about war, conflict, human rights, and that's because of the area of work I do,” said Ristovska, who researches the relationship between media and human rights issues. “News can be bad, so also have something fun that you do as well… because we all need to get excited and be happy when we engage.”

Ristovska finds solace in sports news coverage, she said. As a Packers fan, she enjoys watching coverage of the team, whether it be a sports podcast or a TV broadcast, to help reset after a hard news cycle.

In addition to taking breaks, changing how you consume news can help.

Gannett’s news consumption typically begins by listening to The Economist and NPR Up First podcasts. As notifications pop up, he’ll check the six news apps on his phone. He then looks over the news accounts he follows on Instagram. He recommends people find the storytelling mediums they enjoy engaging with—whether it be podcasts, newspapers, news apps, etc.

Villalovas also likes to start her days by listening to podcasts, and recommends that people switch up the ways they consume news and try a variety of platforms to help prevent media burnout and limit screen time.

If you do struggle to put down your phone, Chuang said, it’s important to not be hard on yourself.

"I think we tend to beat ourselves up,” she said. “And I think that actually compounds the negative feelings and that we should understand that we’re just part of a system that is designed to make us consume those things all the time. And it’s not our fault.”

The addictive, algorithm-driven nature of social media is part of the reason Ristovska looks to find news directly from news sources rather than through social media platforms.

"I don't like news from Facebook or Twitter, because that's curated news,” said Ristovska, who recommends checking at least two news sources to see how they cover the same story. “I don't know what the algorithms are going to show me on a given day.” 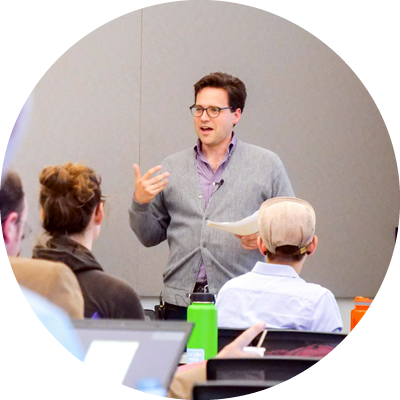 Ristovska’s colleague Nathan Schneider, an assistant professor of media studies, recommends that if people are feeling overwhelmed by the news, they use an RSS feed rather than looking for news on social media.

"With RSS, you can curate your own media diet, without any algorithmic interference or targeting,” said Schneider, adding that there are many RSS reader apps available for mobile or desktop platforms. “Just add the publications you want to read to your reader (app), and you’ll get a list of new articles from all of them.”

"They don’t try to provoke or micro-target you, and they enable you to consciously choose your sources.”

As a journalist himself, Schneider finds his news through a variety of media, including public and community radio, podcasts, news apps for national newspapers and news aggregators like Hacker News.

The value of engaging with your local news and community.

"One thing that is very important—support your local news,” Ristovska said. “Local reporters do an amazing job keeping our community informed about the most immediate and most consequential issues to us as citizens.”

"The local and international help offset the ridiculous circus of most national news outlets,” he said.

One of the benefits of consuming local news, Villalova said, is that you “feel like you can make a difference and be connected to local events.” 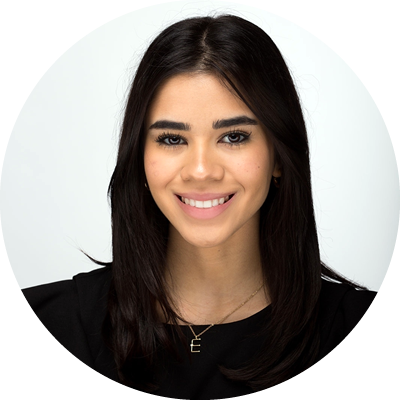 "Everything is relative and you can only impact the environment in which you can touch.”

Beyond reading the news, Schneider recommends people take action on issues that matter to them—especially if they find themselves frustrated by what’s occurring.

"To me, the best antidote to frustration is action. I usually can keep frustration at bay by being engaged on issues I care about,” he said. “Consuming news is not democratic participation, only a precondition of it.”

Community involvement is one of the key aspects of the Media Enterprise Design Lab, which Schneider founded as “a think tank for community ownership and governance in media organizations,” according to the lab’s website. By giving communities ownership over their news, it is possible to create an infrastructure that supports healthier news engagement for community members.

"If we want a healthy news ecosystem, we need to make sure it is accountable to us in how it is owned and operated,” he said.