Lori Bergen, the founding dean of the College of Media, Communication and Information at the University of Colorado Boulder, has been elected to the board of directors at two organizations: Colorado Public Radio (CPR) and the Colorado Press Association (CPA).

A nationally recognized leader in teaching, scholarly research and creative work, Bergen holds important roles in several major academic and professional organizations, including serving as a trustee of the Poynter Institute for Media Studies and member of the Arthur Page Society. She previously served as president of the Association for Education in Journalism and Mass Communication.

At CPR, she joins four other newly elected members, whose terms began in June. “Dean Bergen is leading the development of the next generation of journalists and journalism practice,” said Stewart Vanderwilt, CPR’s president and CEO. “From how we tell the important stories of our society to helping people find and share their voice, her election to the Colorado Public Radio board of directors contributes to CPR's mission to deliver meaningful news, music and cultural experiences to everyone in Colorado using the power of the human voice in all its forms.”

At CPA, Bergen will serve for two years as an elected director to the board of directors—a working board unanimously approved by voting membership in July. 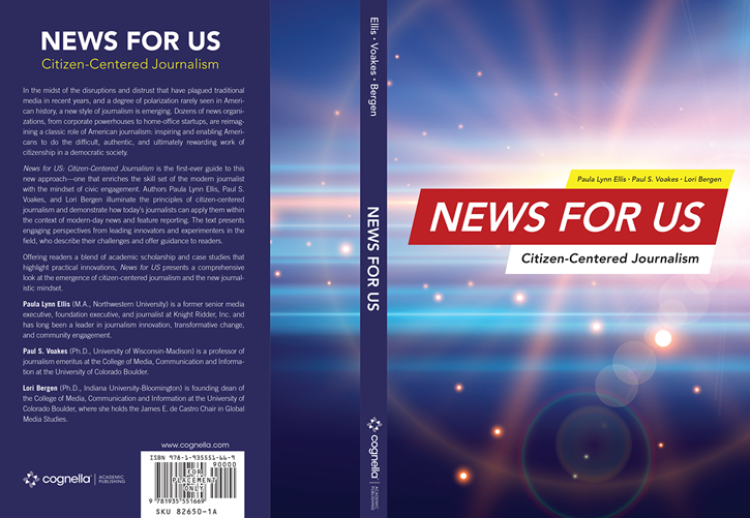 News For Us: Citizen-Centered Journalism (Cognella, 2021)

“Our new board is a diverse group representing publishers and executives, educators and on-the-ground journalists,” said Dan Petty, CPA’s board president and president of the MediaNews Group. “The diverse set of voices is incredibly important and is our strength. It’s how we feel confident in our ability to set our strategic direction for CPA to help strengthen journalism in Colorado.”

A former journalist herself, Bergen has also co-authored a new book, News For Us: Citizen-Centered Journalism, with former senior media executive and Knight Ridder journalist Paula Lynn Ellis and CU Boulder Journalism Professor Emeritus Paul Voakes. The book serves as the first-ever guide to a new citizen-centered approach that enriches the skill set of the 21st-century journalist with the mindset of civic engagement.

Bergen, who holds a PhD in mass communication from Indiana University-Bloomington, came to CU Boulder after serving as the dean of the J. William and Mary Diederich College of Communication at Marquette University. In 2015, she helped create CU Boulder’s newest college in more than 50 years.