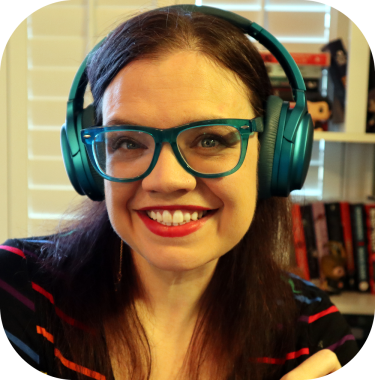 “I think that many of the ethical problems in tech are unintentional; it’s not that people don’t care about ethics, it’s that they don’t necessarily see the potential harms. And I think this is something we can get better at.

Almost every news cycle delivers headlines alerting readers to yet another tech transgression. In each case, by the time an issue is reported, damage has already been done.

Since the founding of early Silicon Valley companies like Apple, Atari and Oracle in the 1970s, the tech industry has expanded to shape almost every aspect of people’s lives––from the ways we connect and communicate to how police investigate crimes to the tools we use to learn and work.

With this widespread influence, it’s reasonable to expect that tech companies would carefully consider the consequences of products before launching them. Instead, the motto made famous by Facebook Founder Mark Zuckerberg, “move fast and break things,” sums up how the industry often prioritizes speed and innovation over caution and care.

“One known consequence of ‘move fast and break things’ is what’s known in the tech industry as ‘technical debt’—the implied cost of future bug fixes when you rush to release something now with the intention of handling problems later once you know what they are,” says Casey Fiesler, assistant professor in CMCI’s Department of Information Science. “In my research lab, we’ve been talking about ‘ethical debt’—the cost of assuming you can deal with ethical harms once tech is out in the real world and you see what happens. The problem is, by that point, it’s too late because the harm is already done.”

For the next chapter in her career, Fiesler––who studies technology ethics, internet law and policy, and online communities––will launch a five-year research project on ethical speculation in technology design. Her work will be supported by a $549,513 CAREER grant from the National Science Foundation––one of the most prestigious awards given to faculty in the early phases of their careers.

The project will entail four phases, all of which Fiesler has tied to courses at CU on programming, information ethics and other areas of computing.

The first two phases will focus on identifying patterns and pitfalls in the industry and speculating on future harms, with a particular focus on marginalized communities. Throughout the final two phases, she’ll teach students to engage in group-based speculative design and work with them to develop and evaluate a speculative ethics toolkit aimed at helping designers anticipate potential technology problems before their products are released.

Key outcomes will include taxonomies of past tech ethics controversies and speculative harms; a speculative ethics toolkit with guidance on potential pitfalls for new technology; and an understanding of the differences in harm perception for and by marginalized groups.

“I think that many of the ethical problems in tech are unintentional; it’s not that people don’t care about ethics, it’s that they don’t necessarily see the potential harms. And I think this is something we can get better at,” Fiesler says.

We caught up with Fiesler to learn more about her project, “Scaffolding Ethical Speculation in Technology Design,” how her background in law and science fiction supports her research, and the most common questions she fields on her popular TikTok channel.

In a nutshell, what is the focus of this five-year research project?
When you hear about some new tech ethics controversy in the news (misinformation! privacy violations! harassment!), you might think: shouldn’t they have known that would happen? One way of thinking about ethics in tech is that it requires speculating about future harms. This project is about helping people do that. My students and I will be doing work to find patterns in the controversies of the past, to center traditionally marginalized voices in imagining future harms, and ultimately, to develop strategies to help technologists do this kind of ethical speculation, both in the classroom and in the tech industry.

You’ve pointed out that ethics is often left out of computer science education altogether. When it is included, what issues can arise and how do you hope to address them?
I’m sometimes shocked by how many students (at many different universities) tell me they barely hear about ethics at all as part of their computer science curriculum. Even when it is strongly included, the most common model I see is standalone ethics classes, as opposed to teaching it in context all along the way. Standalone classes are great too (I teach one!) but I think that this model alone can give the impression that ethics is a specialization or an add-on rather than something everyone thinks about as part of their technical practice. I’ve been really excited to integrate ethics content into intro programming classes in both Information Science and Computer Science here at CU, and am looking forward to working with a number of project-based computing classes as part of this new work!

Do you see a hunger among students for lessons on technology ethics?
Absolutely! Not only among our students but also with the large number of students I interact with online, I am seeing a huge increase in interest in tech ethics. One of the most common questions I get on TikTok is “how do I learn more about this?” or “why isn’t this in my classes more?” My hope is that this growing awareness contributes to a cultural shift that directly impacts tech companies––when they hire these young people in the future, or potentially when they lose good talent because ethical reputation influences decisions about where to work.

Speaking of consequences, is there an impetus––financial or otherwise––for tech companies to begin baking ethical considerations into their process from the beginning, rather than viewing ethics as an afterthought?
I would like to think that many tech companies want to do the right thing, or at least don’t want their tech to do harm. However, even when there’s not an altruistic motive, there’s always the threat of bad PR! This is one of the reasons that I’ve centered controversy as part of this research; whereas I don’t think that media coverage can account for all types of harms (which is why I think it’s important to also work directly with groups traditionally underrepresented in media and in the tech industry), it can be a window into how we can frame ethical issues in ways tech industry folks might care about.

Your background includes studying law and writing science fiction. How did these interests and skills lead you toward a focus in tech ethics, and how will they play into this project?
In law school, they teach you to “think like a lawyer,” which is in part about issue spotting. Can you look at a complicated fact pattern and identify the potential legal issues? Meanwhile, writing science fiction is about imagining the world as it might be in the future, and often, the things that might go wrong.

When I teach ethics, I try to cultivate both of these skills in my students so they can see new technology and spot potential issues, even those that might arise in the future. Discussing Black Mirror in class is engaging––so if you can get excited about imagining the ethical implications of some technology that someone might build in 50 years, then why can’t you imagine the ethical implications of the technology you might build tomorrow? A large part of my motivation for this project was imagining how I could cultivate these skills even better.

Is there anything about what’s going on in the tech world today––or just the world in general––that makes you think, now’s the time when this could really catch on?
“Ethics” as a term can be shorthand for a lot of related issues, including responsibility and justice. I’ve talked a lot about harm but thinking about making tech better goes beyond that. I think that there’s a hunger for social justice right now, and that tech has an important role to play––not just in making sure it isn’t contributing to injustice, but also how it might contribute to making things better.

What makes you furious about the world of tech ethics and what gives you hope?
I’ve been thinking a lot lately about how often technological harm seems to be in part rooted in a lack of empathy––an inability to understand or even perceive harms to someone who isn’t like you. And not only are marginalized groups (e.g., BIPOC, LGBTQ+ people, and people with disabilities) disproportionately impacted by technological harms, but they are also underrepresented in computing.

This is one reason why I think that diversity in the tech industry implicates ethical design as well. Changing who is in the room is only part of the solution, but it’s a good step. So it’s incredibly frustrating to continue to see a lack of diversity at all stages in the tech pipeline, and to continue to hear excuses for it. But at the same time, I also see movement in the right direction. And what gives me hope are the increasingly loud voices calling for change when it comes to equity, justice, ethics, and just making tech better.

Learn more about Fiesler’s work in her recent article for Wired, “Ethical Tech Starts With Addressing Ethical Debt” (co-authored with Information Science PhD student Natalie Garrett), her interview with Forbes, “Why Ethics Matter For Social Media, Silicon Valley And Every Tech Industry Leader,” and in CMCI Now and CU Boulder Today. You can also check out her Internet Rules Lab to learn even more about her team’s research!