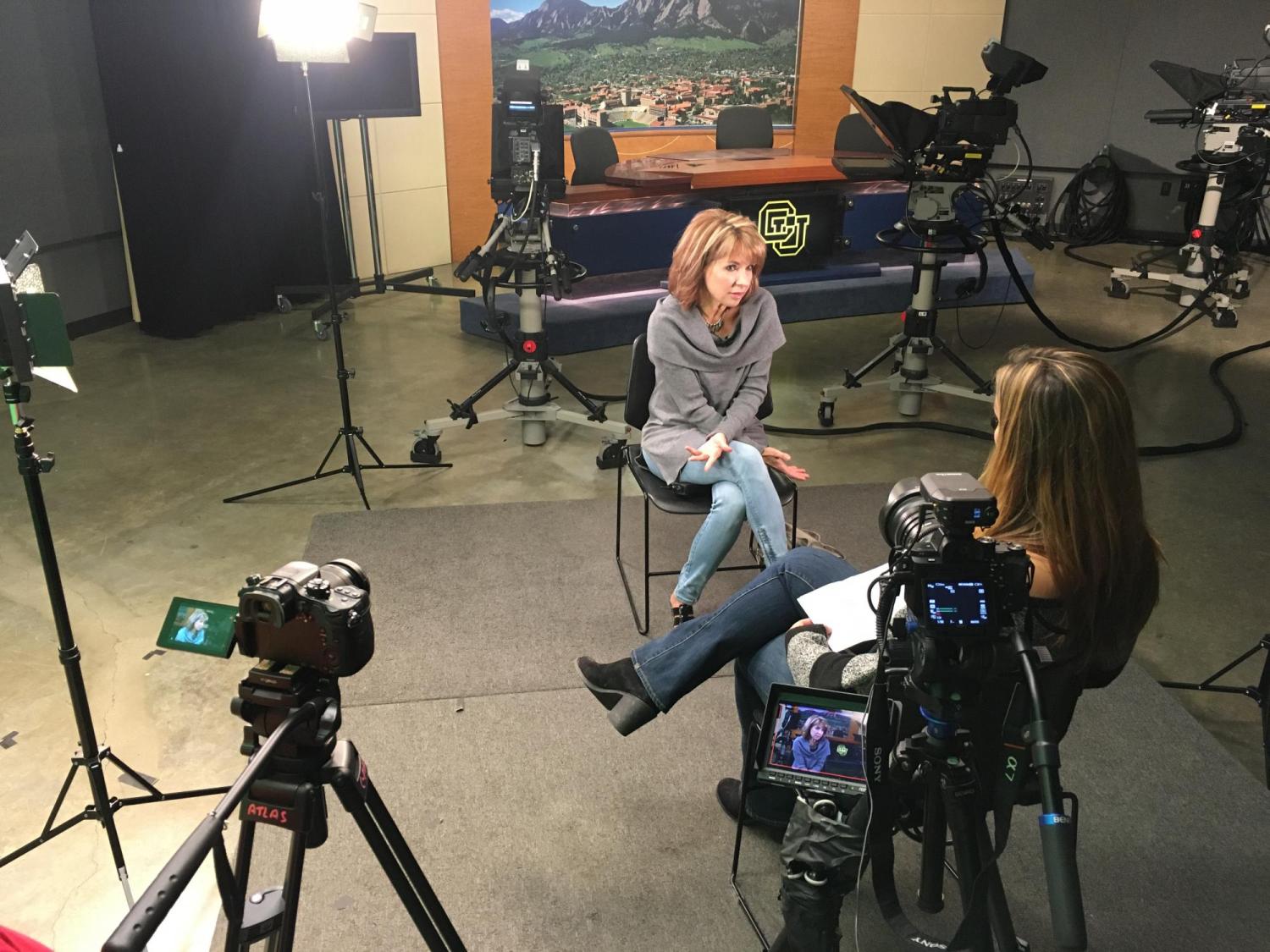 This message—familiar to anyone who’s boarded the train between concourses and the terminal at Denver International Airport—is getting an update from one of Denver’s most familiar, cheerful voices.

Longtime 9News anchor and CMCI alumna Kim Christiansen (Jour'84) will be the new female voice of DIA’s “Train Call” announcements. More than 75,000 votes were cast in an online competition to replace the voice of former 9News anchor Adele Arakawa.

Messages from Christensen and Roach will direct travelers as they board the train and will announce the train’s arrival at various concourses. In addition, the train runs temporary guest announcements by other local celebrities and sports figures welcoming visitors to Denver.

Christiansen, who grew up in Arvada, Colorado, interned at 9News/KUSA in Denver while studying journalism at CU Boulder. Over the years she has held a number of positions at the station, where she currently anchors the 4, 5 and 10 p.m. newscasts. Throughout her career she’s earned seven Heartland regional Emmy awards for spot news, news writing and news reporting. She also serves as the spokesperson for the Buddy Check9 breast cancer awareness program.

“The voices of the airport train have become a beloved part of the Denver International Airport experience over the last two decades,” said Stacey Stegman, the airport's senior vice president of communications, marketing and customer service. “We are delighted that more than 75,000 votes were cast online for these personalities, which will greet tens of millions of passengers to the Mile High City each year. Kim Christiansen is a seasoned and respected journalist in Denver, and Alan Roach has become a household name among Colorado sports fans.”

Christiansen and Roach will be invited to a professional recording session and will replace the current operational messages in the coming weeks.

The airport’s original call for nominations netted a list of 60 nominations of media professionals in the Denver market. A panel of experts then narrowed the nominees to 10 finalists, before opening up the contest to a public vote. Also nominated for the role of the train’s female voice was Christiansen’s fellow CMCI alumna, Anne Trujillo (Jour'11), a veteran broadcast news anchor at Denver 7.

In an interview with CMCI during CU Boulder’s 2017 homecoming celebration, Christiansen offered future journalists advice that hints at her own recipe for success:

“Value your team and be true to yourself.”