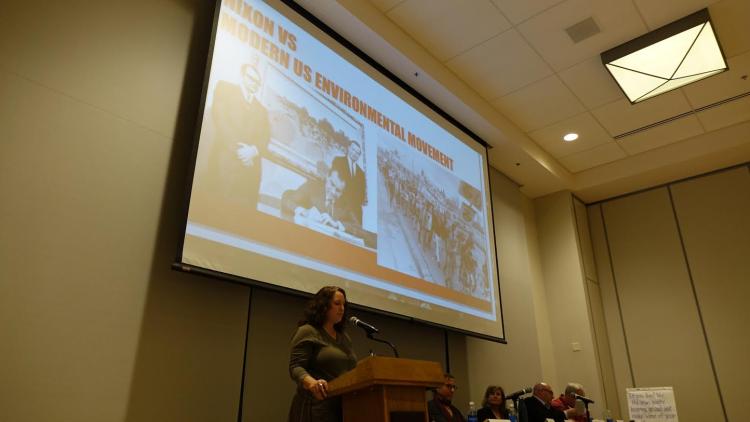 Faculty members from various departments across the University met Tuesday night for a public series of discussions titled Engaged Citizenship: A Teach-In. The event was hosted by BuffsUnited, a partnership between CU students, faculty and staff formed in December of 2016 with the goal of promoting inclusiveness and the Colorado Creed.

The two roundtable discussions focused on current events and issues of recent debate, including immigration law, free speech, government speech, the responsibility of the media, historical and contemporary racism, and environmental protections.

Two CMCI faculty, communication associate professor Phaedra Pezzullo and journalism associate professor Liz Skewes, presented at the first roundtable which focused on Public Discourse and Social Polarization. Pezzullo’s talk, titled "When Environmental Protections Were Not Polarizing," discussed the negative effects of polarized politics on environmental regulations in the modern age. Skewes discussed the ongoing feud between mainstream media and the new presidential administration in her talk, "The Media’s Responsibility in the Age of Trump."

“Hearing from others who have different experiences and training is essential to finding good solutions,” Skewes said.

“We need to have interdisciplinary, public conversations to foster democratic engagement,” Pezzullo added.