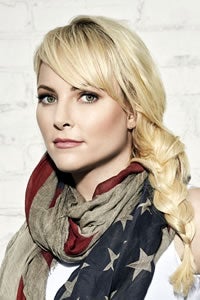 It is with sadness we announce the cancellation of the Meghan McCain town hall on Nov. 14. Ms. McCain is unable to be with us due to new contractual obligations with Fox News. While we are disappointed, we wish her the best in her new position.

We hope to schedule another speaker in early 2017. Please bookmark this page in the coming months for more information.

CMCI, the Center for Western Civilization, Thought and Policy and BoulderTalks are presenting two talks this fall as part of a CMCI lecture series highlighting diverse political perspectives from media professionals and public intellectuals.

Journalist and intellectual Thomas Frank will give a talk titled “What Ever Happened to the Party of the People?” on Monday, Oct. 3 at 7 p.m. in Math 100. Author, columnist, talk radio host, and Fox News contributor Meghan McCain will speak at a town hall on Monday, Nov. 14 at 7:30 p.m. in Math 100.

Frank’s articles have appeared in the Financial Times, Harper’s Magazine, Los Angeles Times, New York Times, Salon, The American Prospect, The Guardian, The Nation and Wall Street Journal. He is the author of eight books, including the New York Times bestseller What’s the Matter with Kansas? His most recent book, Listen, Liberal: Or, What Ever Happened to the Party of the People?, was published in March 2016.