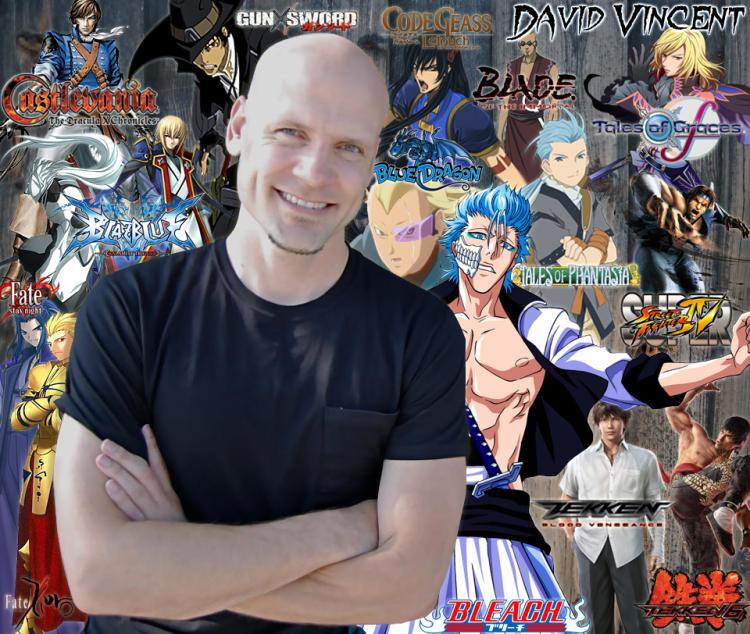 David Vincent (Jour’94) is an award-winning voice actor and producer living in Los Angeles. He has voiced hundreds of characters in anime series, such as Kill la Kill and Mobile Suit Gundam, and video games, such as Super Smash Bros. and Street Fighter. He has also appeared as an on-screen actor in several TV shows and records voice work for numerous commercials. Vincent visited Colorado in July 2016 to attend the Colorado Dragon Boat Festival and CMCI took the opportunity to learn more about his work.

CMCI: When you first came to CU as a student, you say you were primarily interested in becoming an actor. Why did you choose to study journalism as well?

CMCI: Are there skills you learned from the journalism program that have helped you in your voice acting career?

Vincent: Definitely! I learned how to write. I had honestly just felt my way blindly from high school up into my first few years of college. When I got into the journalism program here, they taught me how to write and to have what I’m writing make sense.

Another one would be working with Steve Jones in the broadcast production classes and then doing my internship down at KUSA in Denver. They taught me how to speak. I learned basically how to write and how to speak and how to speak concisely and clearly and how to convey the message that needs to be conveyed.

I was able to take my education from the University of Colorado and now I get to basically talk for a living. I get to speak and do funny voices for a living and I get paid for it. I get to fly around the world and meet fans and sign autographs. So it’s just been a wonderful result of really the skills that I learned right here.

CMCI: Why do you think that anime and similar aspects of Japanese culture have become so popular in American culture recently?

Vincent: I really think it’s the storytelling. In anime it’s not just A + B = C storytelling. There’s all sorts of different angles in these stories that anime provides. I think in our day and age, we have the capability with the internet to have a wider audience and when you have a wider audience, the fanbase is just growing immensely for anime. And not only that but having Toonami back on Adult Swim on Cartoon Network really helps to reach a wide audience who get to enjoy the wonderful storytelling that’s in anime. 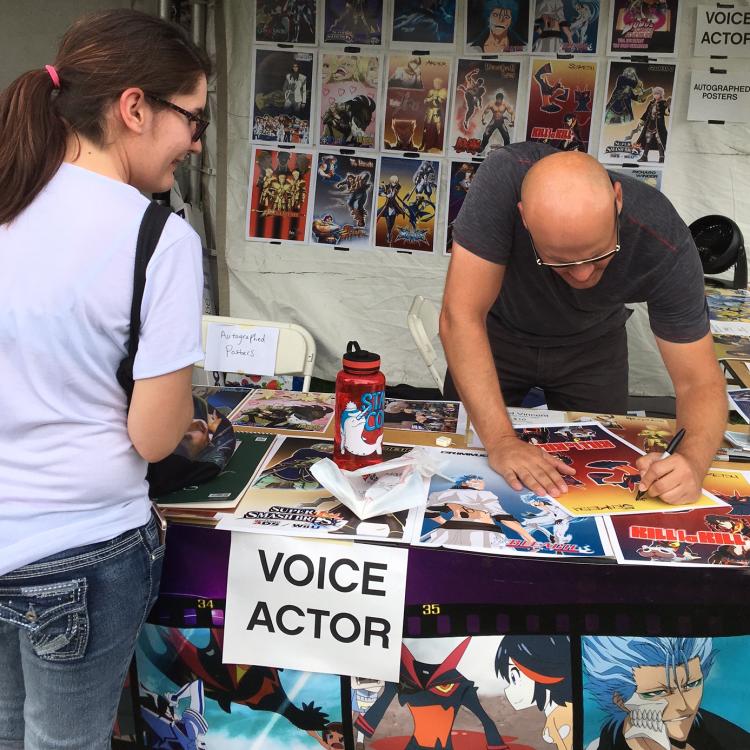 Vincent signs an autograph for a fan at the Colorado Dragon Boat Festival.