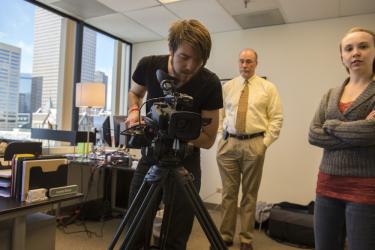 The documentary details stories of Colorado high school journalism in the wake of the the 1988 Hazelwood Supreme Court decision, which ruled that school administrators could exercise restraint of school-sponsored expression. Colorado was one of a handful of states to subsequently pass laws guaranteeing First Amendment rights for public school students.

The project took a team of students, with faculty support, most of 2015 to film and produce.

"I'm thrilled about the win because my 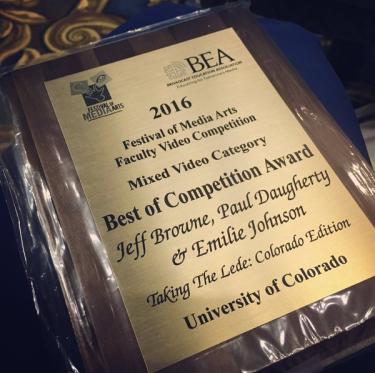 highest hope for this project was to spread awareness for student press rights and encourage other states to adopt anti-Hazelwood laws," said Roxann Elliot, the documentary's student producer.