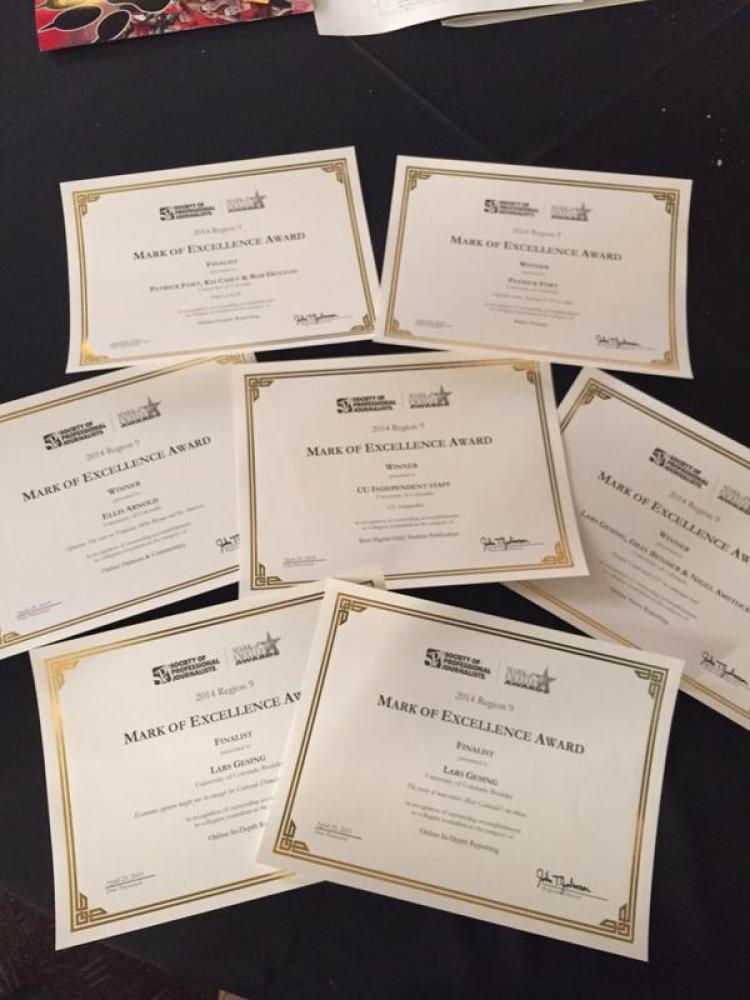 This weekend at the Society of Professional Journalists​ Region 9 Conference, the CU Independent received five awards. Four of them were top honors and will also compete for the national award in their respective categories, which will be announced in May.

Here are the awards that the CU Independent received.

The CUI was also announced as a finalist by the Associated Collegiate Press (ACP) in the 2015 Online Pacemaker competition. The CUI staff are competing with just two other online-only student journalism news sources for this national award. The winner will be announced in November.