Home About Us Alumni

This page showcases selected achievements of our Alumni.

Notifications and Requests for additions may be sent to filmoffice@colorado.edu.

Selections are made purely at the discretion of the Department of Cinema Studies & Moving Image Arts faculty.

Our graduates have successful film careers, becoming producers, artists, editors, directors, actors, camerapersons, and working on the crews of documentaries, narrative features, and experimental films. Some graduate achievement include: winner of award for cinematography at the 2003 Sundance Film Festival; Emmy award winners; nominated for best cinematography at the Independent Spirit Awards; The Independent Film Channel’s award for excellence in student filmmaking; nominated Academy Award, Best Short; gold award from Center for Public Broadcasting as co-producer; international production credits including director/producer/camera roles in Japan, Hong Kong, Taiwan, Nicaragua, Thailand, Croatia, Bhutan, Vietnam, Angola, UK and Venezuela; one grad is one of the youngest filmmakers to join the Director’s Guild of America; another grad has received two MacDowell Colony fellowships since 2004. 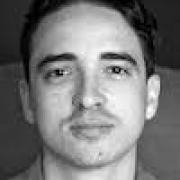 Cinema Studies Alumus Calum Walters has earned recognition for his film work at multiple festivals in the US and abroad. Most recently, his film Meridian has been selected to screen at Berlinale (Berlin Internatinal Film Festival. For more information about Calum and his filmography, Click Here .

END_OF_DOCUMENT_TOKEN_TO_BE_REPLACED 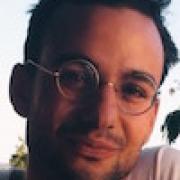 We are proud to announce that Cinemas Studies Alumnus Ian Soroka has been invited to premiere his debut feature Greetings From Free Forests at the Film Society of Lincoln Center in New York. Previously Ian has earned recognition at festivals internationally and has had installations and screenings for his shorts...

END_OF_DOCUMENT_TOKEN_TO_BE_REPLACED 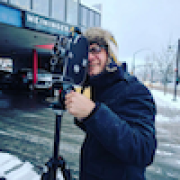 The Flamingo (update) This month, an incredibly generous donor reached out to offer to provide production gear instead of cash to our film The Flamingo. In lieu of this exciting contribution, we've revised our fundraising goals and now are only a little more than $2500 shy of what it will...

END_OF_DOCUMENT_TOKEN_TO_BE_REPLACED 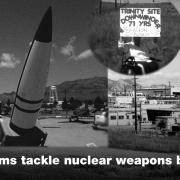 CU Cinema Studies Alumni Eric Stewart and Taylor Dunne Gain recognition for their work in creating their documentary, Off Country . Off Country tackles the nuclear weapons build-up through experimental film making. For more information, CLICK HERE
Return to the top of the page