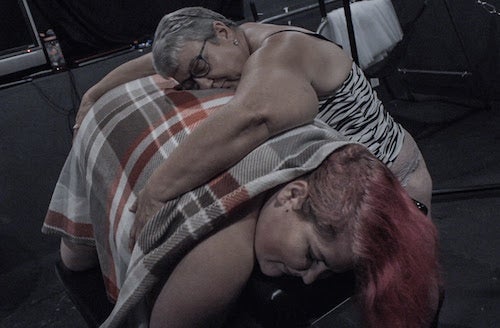 This month, an incredibly generous donor reached out to offer to provide production gear instead of cash to our film The Flamingo. In lieu of this exciting contribution, we've revised our fundraising goals and now are only a little more than $2500 shy of what it will cost to continue filming this year. Support has flowed in from forty-six donors, but we still need your help. Please go to our go-fund-me page and consider making a contribution today.

My last few feature-length films have explored topics many people find difficult. The choice to die, a woman in labor for over a day, and with The Flamingo, the late in life sexual awakening of an extraordinary woman. I tackle these subjects not because of their controversial nature, rather because I find these stories truly moving. I've had people tell me they can't watch these films, mostly I think because of what they think they'll show, not what they actually do. Those audiences who venture with me to these places are always rewarded with deep love, and hopefully, find inspiration even in the most difficult of circumstances. 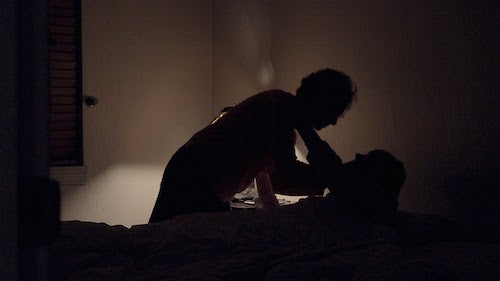 I recently learned that my film Tomorrow Never Knows, which follows a couple that struggles as one person pursues a conscious death amidst the chaotic decline of Alzheimer's, was nominated for aQueerty Award for best documentary of 2018. This is one of those awards that require public voting, so please go over to the website and cast your ballot for our film. You can vote daily through February 22.

Additionally, tickets are now on sale for two of our dates, the first in Milwaukee on March 28 and the second in Seattle on April 24. If you're in these towns or know people in these towns, please share these links and purchase tickets for our screenings. As I mentioned in the previous update, additional screenings are planned in Chicago, Portland, Bellingham, Vancouver, and even Spokane. When links become available, we'll let you know. 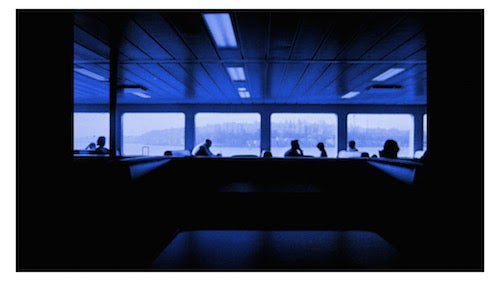 About two years ago, as I was finishing up my MFA, I brought a Bolex and two rolls of B&W ORWO 16mm stock to the Pacific Northwest to shoot aboard my favorite mode of transportation, a Washington State Ferry. In the nearly nine years I lived in Seattle, I'd often find moments of reflection aboard the incredible ferries shuttling back and forth between downtown Seattle and Bainbridge Island. When I returned to Colorado, I brought those two rolls I shot into the CU Boulder dark room and hand processed them. The resulting images were exquisite capsules of moments I often think of during this nomadic filmmaker life I've chosen. There the moments I miss most from my time in Seattle and I make sure to get on a ferry every single time I'm back.

Since that time, I've worked and reworked edits of these images, often putting them to the words of poetic musings about the sea. In total, about ten iterations of what I thought was a film reflecting on the contemplative passage of time took shape, morphed, and reconstructed itself. I started submitting to festivals, earlier this year, but something continued to tell me that it wasn't quite right. So I dug back in, and once again, reworked the edit. Suddenly, the words accompanying the images, those that I placed there to capture the internal state I felt each time I journeyed through Puget Sound, were torn from the piece, replaced by the rhythmic sounds of ferries themselves. Over the last two months, I finally settled on a new structure for this film and it will at last show to an audience at the incredible Onion City Festival in Chicago this March. Needless to say, even short experimental films take a long time to find their truest forms.  ​