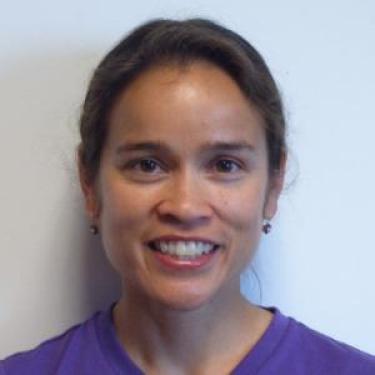 For Leilani Arthurs, assistant professor of geological sciences, facilitating her students’ ability to conduct field work in an online environment was a real challenge, but one she was determined to meet. Through use of multiple video and photographic devices, as well as free PTGui software, Arthurs was able to take her students into the field virtually for her Maymester course, GEOL 2700: Intro to Field Geology. As Arthurs puts it, “if I can’t bring students to the field, how can I bring the field to them?” In doing so, Arthurs had some key pedagogical goals: to preserve the dynamic qualities of field research, to enable her students to explore the local geology of the Boulder region, and, importantly, to assure that her remote teaching did not create a static, prescriptive educational experience.

Arthurs’ approach involved going out into the natural environment surrounding Boulder and taking short 180-degree videos using a GoPro camera, taking 360-degree panoramic images using an Insta360 Pro camera, and an SLR camera. In this way, she became the “eyes on the ground” for her students. The photos contained markers to help provide points of reference, give indications of scale, and locate the cardinal directions of the compass. To give her students a sense of a specific site, Arthurs often spent five hours or more at a single location making videos and taking photographs. Once these videos and images were uploaded to a Google Drive folder, students were able to download the 360-degree panoramic images to their computers, where they could then view them using free PTGui software where they appear as 3-D virtual environments. In these 3-D virtual environments, students can move the camera angle 360 degrees and scan the landscape for remarkable features. With the wealth of media imagery and the aid of Arthurs’ legwork, the students were able to find themselves “grounded in reality and not virtual reality.” Arthurs used Canvas for posting assignments and other course materials, all except the videos and photographs because the file sizes were too large. Students likewise used Canvas to upload completed assignments.

Arthurs further made the class more dynamic and engaging through careful course design and planning, constantly ascertaining what was feasible in an online environment and what should be jettisoned. Faced with the decision of requiring her students to use a Brunton compass or not for a remote class, Arthurs opted for using the ROCKD phone app instead, noting that geology students would have the opportunity to use a Brunton compass (a navigation instrument used by geologists to measure such features as strike, dip angle, dip direction, plunge and trend) in subsequent upper-level courses. Another way Arthurs decided to bolster her course and enable her students to get a “sense of the field” was to assign scientific research articles, which had the built-in benefit of a one-day break from the field research that the students conducted on each of the other four days of each Maymester week. The course incorporated strategies to reinforce student engagement: for example, Arthurs developed a scavenger hunt for her TA Carlton Mueller based on additional data students wanted from the field (e.g., the angle of a certain geologic feature they saw in the videos and images), an activity aimed at underscoring the sense of exploration for her students.

Something that was not to be omitted from the course was the task of writing field notes, a skill that is essential to the discipline of geology and the students’ professional development as geologists. With an important segment of the course devoted to field notes, Arthurs was able to inculcate in her students core skills, such as observation, description, inference, interpretation, and hypothesis. Though some of these terms sound synonymous, Arthurs helped her students understand key differences among them: observation and the act of noticing the environment is an important precursor to the act of description, wherein minute and detailed accounts of attributes and characteristics of the terrain are recorded into words. Inference, in terms of field notes, is an explanation of what one thinks the observations mean based on reasoned thinking. Interpretation, on the other hand, is an explanation of what one thinks the observations mean based on reasoned thinking that utilizes an interpretive framework such as that provided by Steno’s laws. By contrast, a hypothesis is a scientific explanation that can be tested. Arthurs’ ultimate aim with the field notes assignment is that students must proceed in a deliberate manner: students must undertake the activity with rigor and nuance and avoid doing their work in a “willy-nilly” fashion.

Judging from the feedback from her students, Arthurs’ design of her course, including using a variety of photographic and video techniques and holding her students to high expectations, has been successful. In an informal survey at the end of the course, one student admired “the focus on applied learning of material that was directly relat[ed] to the course (not feeling like I was wasting time learning trivial information). The hands-on assignments instead of study/quiz format.” Another student commented, “emphasis was placed the broader issue of becoming a critical thinker in the field.”

Fundamental to Arthurs’ pedagogy is her belief that classes should be conversational in nature and built on the interconnection of perspectives. As Arthurs states, whether in terms of landscape features or humans, “diversity makes us smarter.” 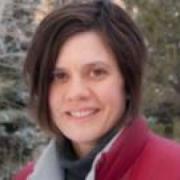 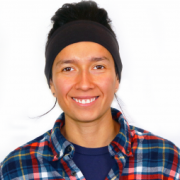 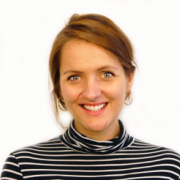