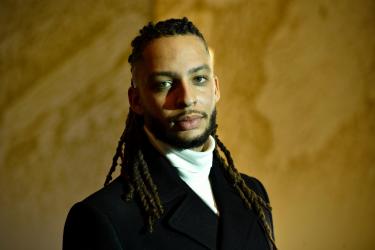 Isaiah Chavous is a recent graduate among the class of 2021 and the former External Student Body President of the most autonomous student union in the United States. During his tenure at CU Boulder, he was responsible for overseeing $26 million in student fees. Isaiah served as the President of the Inter-campus Student Forum for the University of Colorado representing all students across UCCS, CU Denver, CU Anschutz, and CU Boulder. Isaiah is one of the student co-founders of the Center for African & African American Studies (CAAAS).

During his tenure as president, Isaiah helped pioneer institutional reforms including; the removal of CU's exclusive contractual relationship with prisons totaling over $100 million in prison made goods, founding the first ever Police Oversight Board on the CU campus, being the first student ever chosen to hire a new CUPD Commander, and co-founding the CAAAS.

Isaiah was the recipient of the Colorado Senate Letter of Commendation in 2021 for his work surrounding prison and police reform. Following the celebration of Black History Month, Isaiah was selected as a "Voice for Change" featured television special surrounding his perspective as the third Black Student Body President in CU history.

Post-graduation, Isaiah has transitioned into the world of technology, exploring the possibilities of augmented reality. One month after graduation, Isaiah participated in the world's first ever release of hologram NFT's, which displayed three Black creators of the world's most viral dance sensations as three dimensional holograms. The collection was released on Juneteenth and purchased by the collectors responsible for previously purchasing the most expensive NFT to date, at the price of $69 million.

Isaiah is honored to have shared the process of founding the CAAS with the brilliant minds of Dr. Reiland Rabaka, Ruth Woldemichael, Audrea Fryar, and Karia White.