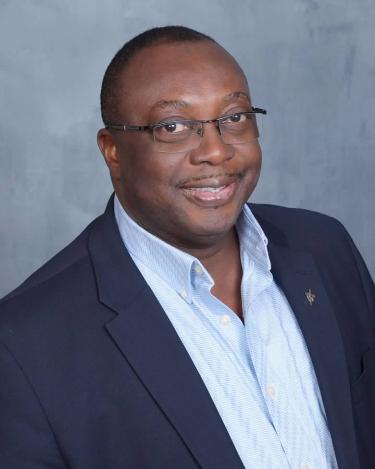 Austin C. Okigbo is an associate professor in the College of Music, and affiliate faculty in Ethnic Studies and Global Health. He received his PhD in Ethnomusicology and African Studies from Indiana University, Bloomington, and a master's in Sacred Music and Music Education from Westminster Choir College where he studied with Robin Leaver, Joseph Flummerfelt, James Jordan and Frank Abrahams, with performance tracks in voice and choral conducting. He also has degrees in philosophy and theology from the Pontifical Urban University, Rome. His research focuses on religious music, musical diasporas, global health, inter-religious and inter-cultural dialogues. Prior to joining CU Boulder, Professor Okigbo taught at Williams College as the Sterling Brown Visiting Professor, Harvard University and the University of Notre Dame.

Okigbo has featured in a number of local and international radio and television programs including BBC, Channels TV Lagos, Nigeria and Black Radio Consortium as contributor and analyst on the entertainment industry, and cultural education and policy. He is the author of Music, Culture, and the Politics of Health: Ethnography of a South African AIDS Choir (Rowman and Littlefield, 2016). He has published articles in Africa Today, Du Bois Review, Ethnomusicology, Journal of Folklore Research, and The Journal of the International Library of African Music. He is the editor of the World of Music (Verlag, Berlin, Germany 2015) on the New African Musical Diasporas. Professor Okigbo’s current work includes book projects on music and cultural imaginations in African Christianity; and new African musical diasporas. He also has an on-going project on World Music of the Front Range, Colorado.