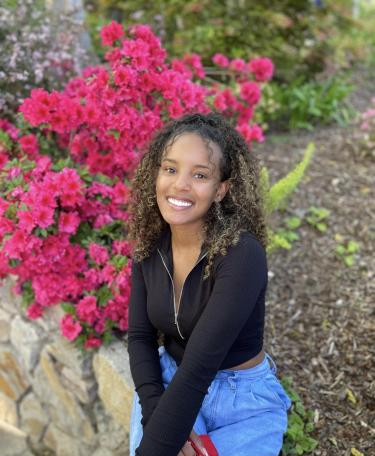 At her time at CU Boulder Audrea served two terms with University of Colorado Student Government, the most autonomous student union in the United States. In her first term she served as the Non-Traditional Student Liaison where she advocated on behalf of non-traditional student populations. She primarily focused her advocacy and research on undocumented students, BIPOC students, transfer students, first-generation students, and parent students. In her second term she served as the Director of Diversity and Inclusion. Her main goal in this role was to organize and develop resource allocation strategies dedicated to providing representation, advocacy, and support for the entirety of the student body, by centralizing the lived experiences of underrepresented student populations on the CU Boulder campus.

Among her various achievements at CU Boulder, Audrea Fryar was a 2020-2021 Martin Luther King Scholarship Recipient. She also was the founder of the Multicultural Advisory Commission. She created this commission with the intention of expanding cultural awareness, creating more diverse networks, and increasing resource allocations and programs for multicultural student populations on the CU Boulder campus. Audrea was a key player in the team that implemented the Swipe It Forward Program that was aimed at combating food insecurity on the CU Boulder Campus and greater Boulder community.  Audrea also sat on the Cultural Events Board during her senior year. Outside of academics and advocacy, Audrea was a four-year member of the D1 CU Women's Rugby Team.

Above all, Audrea claims the CAAAS to be her greatest achievement at CU. She is honored to have worked alongside Dr. Reiland Rabaka, Karia White, Ruth Woldemichael, and Isaiah Chanvous to bring about institutionalized change for Black students on the CU Boulder campus.