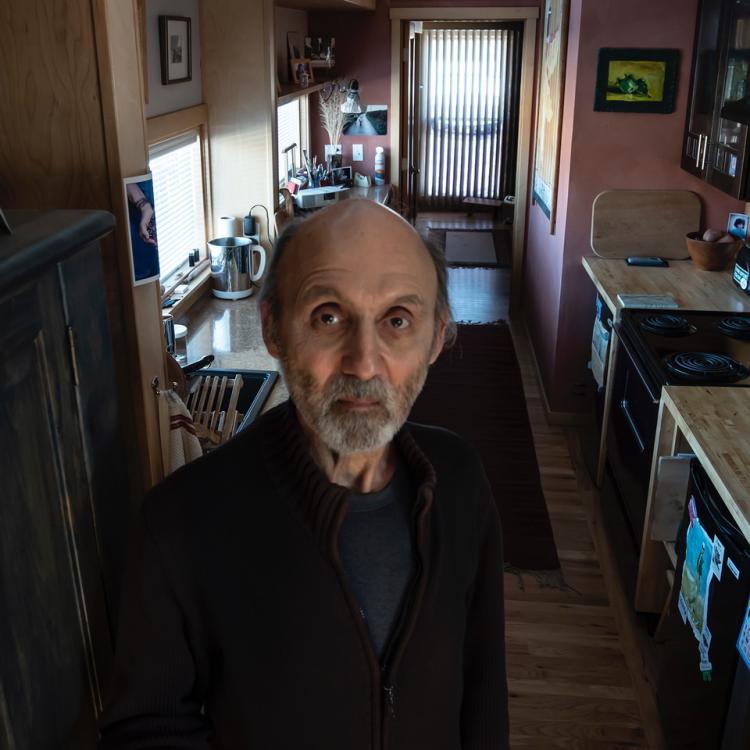 In 2005 a trailer slated for the dump was transported to Mapleton Mobile Home Park and renovated there. After completion in 2008, the remodeled Boulder home went on sale for $40,000 in an area where the median sale price of homes now tops $1.5 million.

The 570-square-foot home features solid oak hardwood floors, high ceilings that run from 9 to 11 feet, a clerestory (a high section of wall that contains windows above eye level to admit light, while maintaining privacy) and a front porch.

"I saw the potential right away," said Tom Sundro Lewis, a professional photographer and former licensed contractor who purchased the home in 2008. "I really felt like the place was made for me. I still feel that way."

CU Boulder and its partners pursued the "TrailerWrap" (TW) remodeling project as an experiment in rehabilitating a deteriorating manufactured home (MH), with the idea that such renovations could be replicated by others. Since the 1950s, manufactured homes (previously called mobile homes) have been mass produced to provide low-cost housing; however unimaginative design combined with inefficient energy strategies and poor construction techniques made these homes difficult to maintain, often leading to disrepair and abandonment.

The TW remodeling project was a collaboration between Thistle Community Housing; tradesmen from CU Boulder’s Department of Facilities Management; an interdisciplinary team of faculty and students from the university’s College of Architecture and Planning; and the Children, Youth and Environments Center (now the Community Engagement, Design and Research Center (CEDaR), which originated the idea for the TW project.

Van Vliet noted that there were many challenges  during construction. Students had difficulties getting academic credit for their work; obtaining grants to fund the project presented continual challenges; 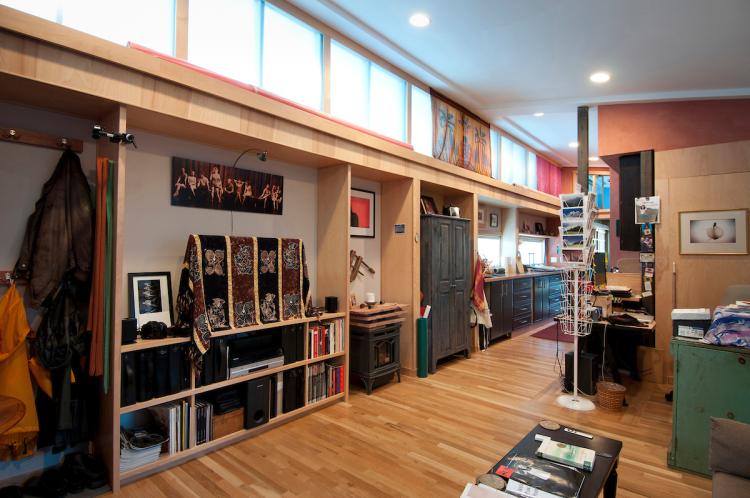 continuity lacked with three different instructors leading the project over the course of the renovations; and a series of unforeseen events caused set backs, including a sewer line that backed up in the unit, necessitating replacement of many installed components, and a heavy branch which fell on and destroyed the roof after the unit was nearly completed.

But he also noted that there were many successes around creating the affordable and award-winning home. More than 50 students gained a valuable learning experience; ENVD gained positive publicity; and the project held lessons for future project-based learning, including an upcoming CEDaR-led manufactured home renovation.

Portions of the home were purposely not completed to allow the buyer to personalize it. Lewis estimates he put more than $100,000 into the home, including the unit's initial cost, his own labor, the impact-resistant roof he installed, and various upgrades, including the furnace and other appliances. 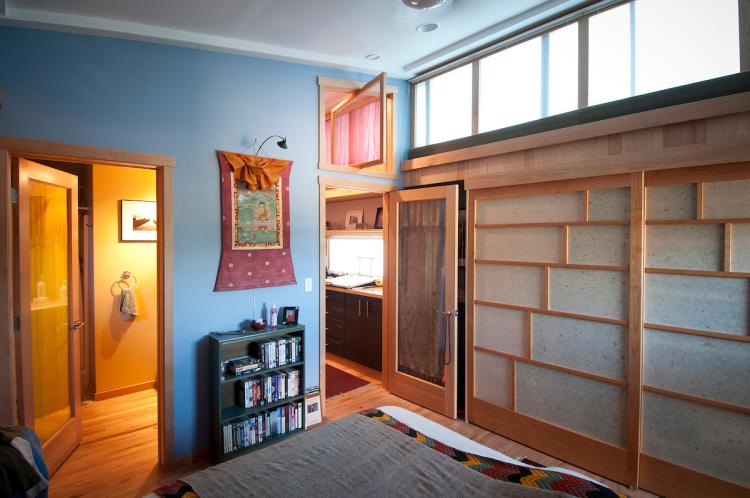 While Lewis says the unit in its current state of remodel would not be affordable for low-income residents, the home worked for him because he could perform his own renovations.

"I didn’t want to rent a tiny postage stamp of an apartment," Lewis said. "I could have bought a condo, but it would have taken every penny I had. And I could have moved out of town."

A quality home
Lewis says he "loves" the layout, kitchen, high ceiling, hardwood floors and the front porch, which in the summer, functions like a room because of its two walls.  He also loves the living room, which also serves as his dining room and office as well as his photography, yoga and dance studio.

"I get lots of compliments about the interior," Lewis said. "Four out of every five people who come here for the first time exclaim, 'Wow! This place doesn’t feel small at all.' And it doesn’t because of the high ceiling. If you imagine an 8-foot ceiling, like old trailers, it’s just a completely different experience, a completely different space.

"I really mean it when I tell you this place is perfect for me. I love it that it is not any bigger. Because being as small as it is, it makes it much more economical to heat in the winter. It’s easier to clean. And I live right in the middle of Boulder. I can walk to Whole Foods. I can walk downtown. I can walk to McGuckins (hardware store). And I pay like a third of the going cost to rent or buy a place like mine."

CEDaR plans to begin its second rmanufactured home remodel project this fall, also within Mapleton Mobile Home Park. The start date will depend on the state of the pandemic. 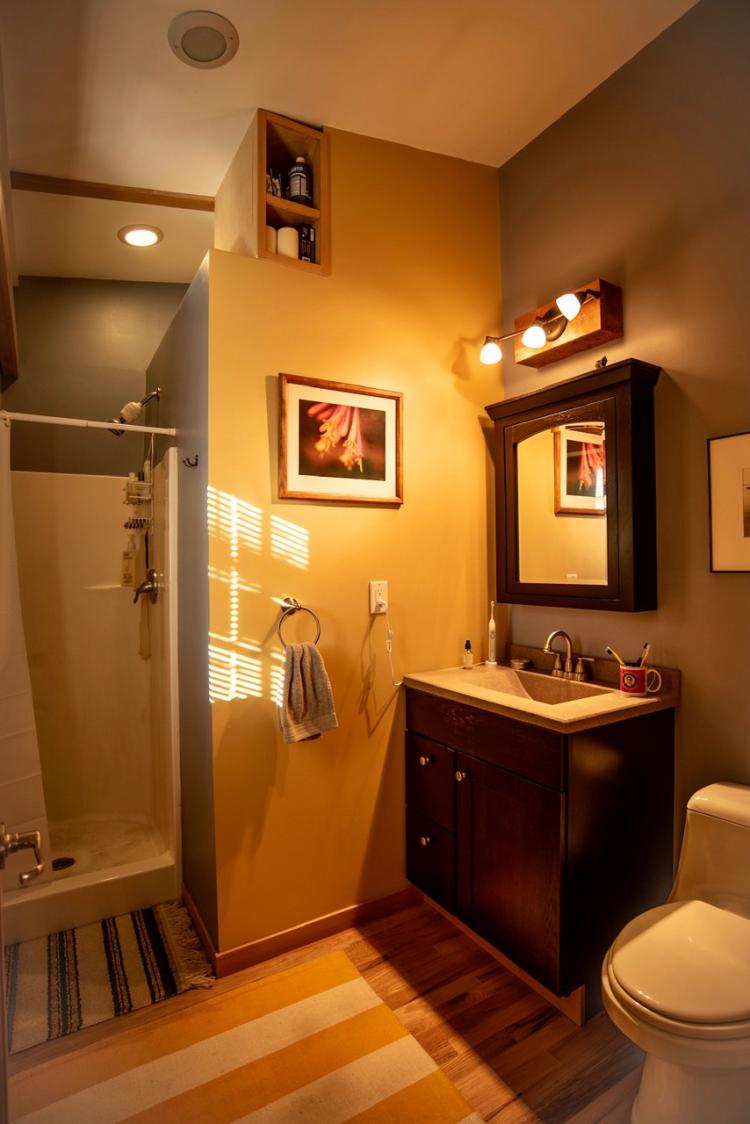 Tom's advice for those interested in purchasing a home in a mobile home park
Consider purchasing in Colorado, and Boulder, in particular. The city of Boulder and the state of Colorado have been taking steps to protect park residents.

Understand that land rents in privately-owned parks can increase annually as much as $40 per month or more.

Before purchasing a home, ask residents about their relationship with their park's owner. Some owners can be difficult to work with.