The Ends of Kinship: Connecting Himalayan Lives between Nepal and New York 2021.02.18 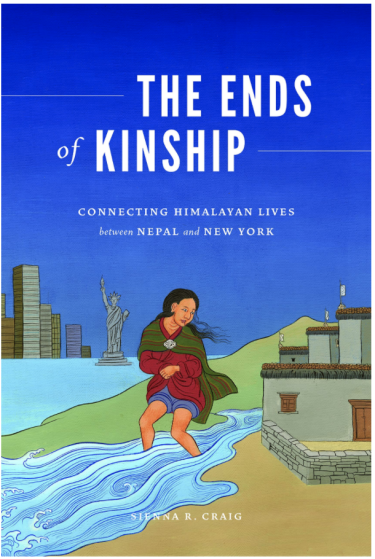 How does kinship and tradition matter to migration? In The Ends of Kinship: Connecting Himalayan Lives between Nepal and New York (University of Washington Press, 2020) anthropologist Sienna Craig (Dartmouth College) draws on over two decades of ethnographic research to ask how individuals, families, and communities care for each other and carve out spaces of belonging between the Himalayan kingdom of Mustang and the urban environs of New York City. Mustang has one of the highest rates of depopulation in contemporary Nepal, and in Brooklyn and Queens people from Mustang find themselves new neighbors to Sherpa, Tibetan, and other Himalayan communities as well as other immigrants from around the world. Joining author Sienna Craig in conversation about The Ends of Kinship are scholars Carole McGranahan (University of Colorado) and Pasang Yangjee Sherpa (University of Washington) who also work with communities stretched between the Himalayas and New York City.