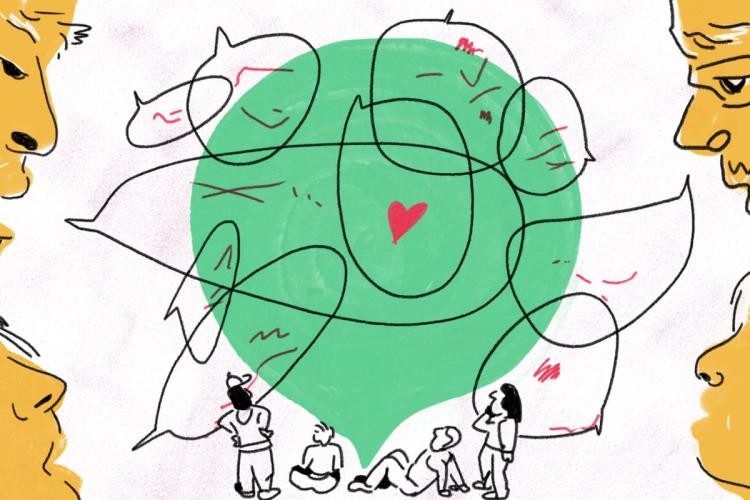 Over the past several years discussions of the “reeducation camp” system that targets hundreds of thousands of Uyghurs and other peoples in Northwest China in the name of counter-terrorism has slowly gathered mainstream media attention. I remember giving a talk to the Foreign Correspondents’ Club of China in Beijing almost exactly three years ago and explaining how the unfolding mass internment campaign was attacking Muslim social life. Based on their questions, the dozens of international journalists in the audience appeared to be learning about the situation for the first time. I was surprised, because important stories from Joshua Chin and Megha Rajagopalan had already been published months before, laying out much of the systems that were being implemented. But back then, even in Beijing, the Uyghur region of Xinjiang felt far away.

I remember telling the journalists who had gathered in the extraterritorial space of the embassy where the event was held that it was really up to them to bear witness to what was happening in Xinjiang. If they didn’t tell the story, no one would.

Over the past three years media outlets from the Economist to the New Yorker have done just that. They have done what the journalist Emily Rauhala suggested they do: make Xinjiang central to how China is studied and understood today. This is important not only because it has placed pressure on the Chinese state to close some of the camps, but also because it has created much more awareness of what is happening to the Uyghurs across China.

On February 6, 2021 during a Chinese language discussion on the social media app Clubhouse, I saw some of the effects of how this attention was playing out. In a room called “Is there a concentration camp in Xinjiang?” thousands of Han people in China and around the world participated in a “truth and reconciliation” event discussing what they had learned about the so-called counter-terrorism campaign that was being done in their names.

Many of the stories were deeply moving, with Han speakers from the Uyghur region describing their own feelings of guilt and complicity in what was being done to the Muslims in their communities. They talked with open frankness about the way normal Muslim behavior had been criminalized and how technology was used to control Muslim social life. They talked about their relative privilege as people who were protected by the system. And how it was important not to explain away crimes against humanity by centering discussions of Xinjiang on abstract Han fears of Muslim difference—something that one participant termed “Hansplaining.”

One of the accounts that stood out to me over the hours of heart wrenching stories was the reflections of a Han person who had never been to Xinjiang. “A Jewish friend of mine compared the camps in Xinjiang to the Auschwitz Nazi concentration camp, sharing pictures of both online,” said the person who lived in a large city in Eastern China. “I immediately felt like this was a personal attack because China is my homeland, after all. He compared my homeland with the land of the Nazis. I really couldn’t stand it at the time. Not only did I not believe it, I thought it was an insult.”

The person thought it just sounded like something a foreigner who knew nothing about China would say, but over the years that followed this moment kept coming back to them. “Like so many people, after listening to many, many, many reports, I gradually believed that I also should start paying attention to this matter” and came to understand that there really were camps in Xinjiang. They said that while listening to the others in the Clubhouse room they thought again about what it took to have their mind changed. They felt that most of the people they knew in Beijing still thought in the same way, that the camps were just an insult concocted by the Western media. Then, as though thinking out loud the person said, “but, just now, I realized that people’s thinking will gradually change. Mine did.”

This account of someone changing their mind and committing to not denying the truth of what is happening in Xinjiang was one of the most hopeful things I’ve witnessed in recent years. Since 2017, I have found that some Han people from Xinjiang who directly witness what is happening in their communities have reached out to me to add their perspective on what is taking place. Sometimes they were reluctant to admit to their role in the system—they felt they had no choice, but if they thought about it long enough they often came to the conclusion that there is also an untruth in denying their complicity as well. I have also found that international students from China are usually willing to think carefully about the way the system of camps and residential schools are similar or different from the camps and schools that dispossessed Native Americans in the history of U.S. settler colonialism. But this moment in the Clubhouse room was one of the first times that I’ve seen someone who had previously made up their mind describe the process of having their mind changed.

Others in the Clubhouse discussion also affirmed this position and called on Chinese people to follow their conscience. They reminded each other that there were different types of courage in standing up to the culture of fear and Islamophobia that has been generated by the political system in China. As one speaker put it:

I often ask myself what we can do. What can we do? Here I want to say that we can take on three different kinds of courage. Not everyone can do the first kind, which is the hardest when facing this kind of power. The first kind of courage is to stand up directly. This kind of resistance is fearless, it is the most remarkable bravery. But in addition, there is a second kind of courage that we can try. When you face this kind of injustice, don’t take the initiative to collaborate. Don’t facilitate the abuse, don’t profit from it; distinguish right from wrong so that you have steel in your heart and you leave a little shame, and leave a little guilt there. Let it motivate you.

In the face of some situations in which we are complicit, we can also choose a third kind of courage. All of us live with fear, that’s what happens when you grow up in a culture of fear, but there is one thing I can do when I am in China: Don’t spread this fear. Don’t bring it to the next generation. I hope not to let our children bear this fear again. That’s all I want to say.

Anthropologist Darren Byler is a post-doctoral research fellow in the China Made Project at the Center for Asian Studies, CU Boulder and an incoming Assistant Professor of International Studies at Simon Fraser University in Vancouver, British Columbia. He is the author of a forthcoming ethnography titled Terror Capitalism: Uyghur Dispossession and Masculinity in a Chinese City(Duke University Press 2021) and a narrative-driven book titled In the Camps: China's High-Tech Penal Colony (Columbia Global Reports 2021). His current research interests are focused on infrastructure development and global China in the context of Xinjiang and Malaysia.

Illustration by Anna Vignet for SupChina