News from the American Association of Teachers of Japanese

The year 2019 ended with two major projects that showcased Japanese language teachers and learners in the United States.

The Japanese Language Proficiency Test (JLPT), which is taken worldwide by tens of thousands of people who are learning Japanese, was administered to almost 8,000 test-takers in the US, at 18 test sites scattered around the country. The test is administered in the US by AATJ, and the big day was Sunday, December 1. Dozens of teachers and others at the test sites volunteer their time to make sure that this important worldwide test goes smoothly; thanks to all of them for their hard work!

One of the 18 JLPT test sites – the only one between Chicago and California – is at CU-Boulder, hosted by CAS! Many thanks to the hosts, proctors, and supporters of this opportunity for Japanese learners in the Rocky Mountain region to measure their language skills against learners around the country and the world!

On the more lighthearted side, students around the country were working on their New Year’s Cards (nengajo in Japanese). In Asia each year is represented by one of 12 animals, and 2020 is the Year of the Rat. While we wait for the results of the 2020 contest, please enjoy a couple of examples from 2019’s Year of the Boar contest. 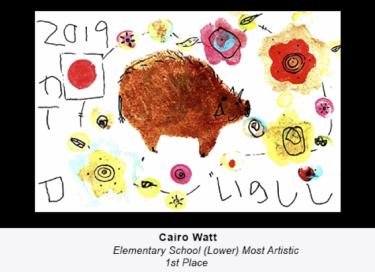 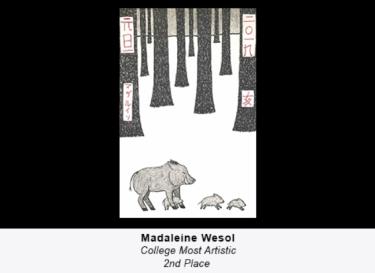 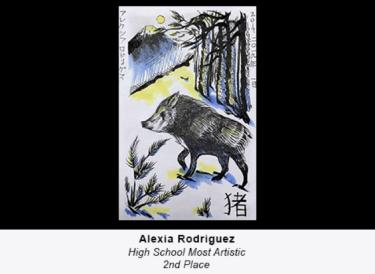 AATJ also organizes two conferences annually for members and other Japanese professionals; manages an online National Japanese Exam taken by several thousand K-12 learners; and publishes four newsletters and two issues of the journal Japanese Language and Literature - which in 2019 became an Open Access journal published free online for all to read. To read the 2019 issues, please go to jll.pitt.edu.

Learn more about AATJ and its many projects supporting 1,500 teachers of Japanese at all levels and (through them) many thousands of students at www.aatj.org.