In 2019, CAS hosted 24 speaker series events and 13 lunch talks, reaching a total audience of almost 1800 students, faculty, and community members. Many of our events were dominated by response and inquiry into political crises throughout Asia.

In March, the Center brought together a panel to discuss first-hand experiences of the Uyghurs, Kazakhs, Kyrgyz and other Muslim minorities in Xinjiang. The event, “Roundtable on Xinjiang: Perspectives from the Field on China’s Mass Incarceration of Turkic Muslims,” addressed several questions, including: What do we know about the situation in Xinjiang, and where is it headed? How is the build-up of the police state in Xinjiang intersecting with China's ambitious Belt and Road Initiative? How is the situation in Xinjiang impacting Chinese society at large, and how is it perceived outside of the territorial boundaries of Xinjiang? It has been estimated that up to one million people have been detained without trial. In the camps, labelled by Chinese authorities as "re-education" facilities, the detainees are forced to abandon their native language and religious beliefs – instead learning Mandarin Chinese and studying Chinese Communist Party doctrine. Outside of the camps, Turkic Muslims in Xinjiang are subjected to a dense network of surveillance and ethnic discrimination. The panel consisted of Dr. Darren Byler (University of Washington/CAS), Prof. Rian Thum (University of Nottingham), Prof. James Leibold (La Trobe University), Prof. James Millward (Georgetown University), Sarah Tynen (CU Boulder), and was moderated by CAS Director Tim Oakes and China Made Postdoc Alessandro Rippa. This standing-room-only event was recorded and the video is available for streaming. 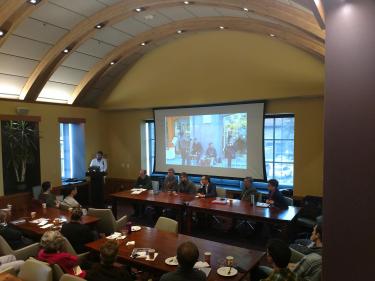 On October 2, CAS enjoyed a talk given by Oyungerel Tsedevdamba and Jeffrey L. Falt: “A History of the Communist Purge Against Buddhism in Mongolia.” Oyungerel is well-known in Mongolia as a social change-maker; former Member of the Mongolian Parliament; ex-Minister of Culture, Sports and Tourism; author of bestselling novels and multiple non-fiction books; a human rights and women’s empowerment activist; and democracy advocate. On October 2, 1999, she and her husband Jeff Falt gave an illustrated lecture about this fascinating country, its recent history under Communist rule, and the impact of the purge on daily life and the Buddhist religion in Mongolia. 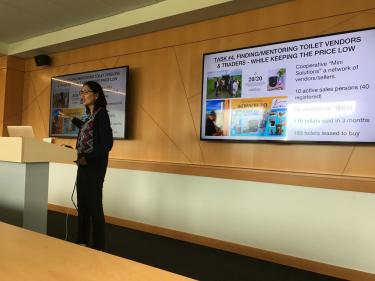 On October 10, Ambassador Joseph Yun gave a talk on the ever-shifting relationship between the US and North Korea entitled “Trump and Kim Jong Un: What Next?” As Special Envoy on North Korea from 2016 to 2018, Ambassador Yun led the State Department’s efforts to align regional powers behind a united policy to denuclearize North Korea. He was instrumental in reopening the “New York channel,” a direct communication line with officials from Pyongyang, through which he was able to secure the release of the American student, Otto Warmbier, who had been held in captivity for 15 months.

The next event CAS presented addressed the crisis in Hong Kong. On October 23, Jeffrey Wasserstrom, author of Vigil, Hong Kong on the Brink, brought deep historical insight into the current protests in Hong Kong. Wasserstrom focused on patterns of protest and the tightening of political controls in Hong Kong. He paid close attention to the 2014 Umbrella Movement but honed in even further to the dramatic events of 2019, including the candlelight vigil held on the 30th anniversary of the June 4th Massacre. This event had over 120 attendees, and an intense discussion followed the talk. The video for this event is available for viewing.

On December 2, CAS hosted an “Emergency Teach-in on Kashmir.” At the time of the talk, Kashmir had been locked down for over 100 days and counting. Kashmiri feminist anthropologist and poet Ather Zia addressed the international significance of the Indian government’s suspension of Kashmir’s autonomy on August 5, why the international community must pay attention, why occupation is a feminist issue, and the role of art and resistance in Kashmir.

Not all of the CAS events were focused on political crises. On April 19, 2019, Michelle Cho presented “The Cosmo-logics of K-pop: Media Intimacies and Populist Soft Power” as part of our annual Theme “Asian Connectivities.” In a packed room, Michelle focused on fandom as a particular form of populism in two, somewhat opposed senses: first, in fandom’s assertions of a visual and affective commons and its gift economy and, second, in the resemblance between the affective excesses of fandom and those of the mass or the crowd. This event was also recorded. 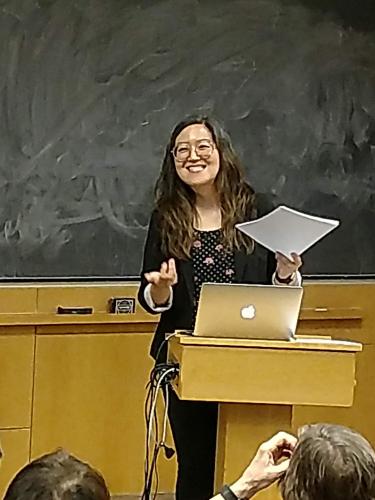 We will continue to serve the CU Boulder community by continuing to present Asia-related content and research touching on a wide array of topics and interests in the coming year. If you wish to be added to our event listserve, please write to casevent@colorado.edu.