Event Recap: Center for Asian Studies Roundtable on Xinjiang: Perspectives from the field on China’s mass incarceration of Turkic Muslims 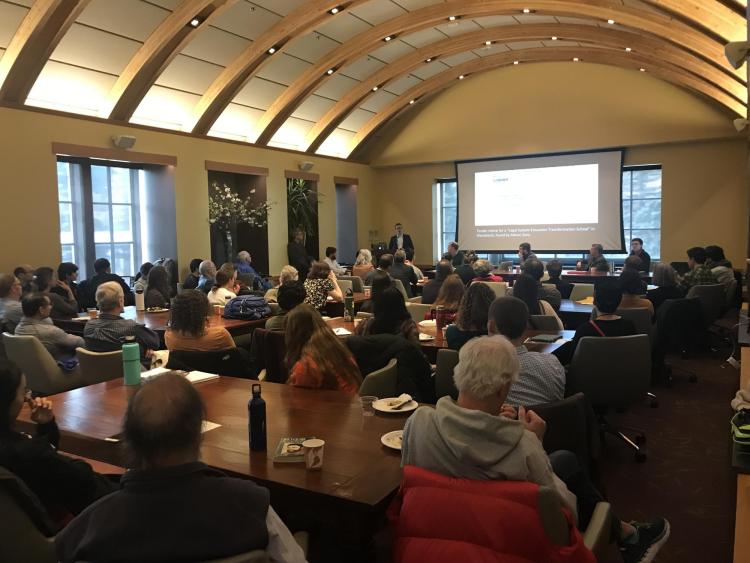 On March 21st CAS hosted a roundtable on the current imprisonment of Uyghurs and other Turkic minorities in China’s Xinjiang Uyghurs Autonomous Region. The roundtable featured five speakers, all major scholars of Xinjiang. Rian Thum, a Senior Research Fellow at the University of Nottingham and author of The Sacred Routes of Uyghur History (Harvard University Press), provided an overview of the evidence that we have regarding the systematic incarceration of Turkic Muslims in Xinjiang, ranging from personal accounts to satellite images. James Millward, professor of History at Georgetown University and author of Eurasian Crossroads: A History of Xinjiang (Columbia University Press), provided an insightful account of the ways in which China has been dealing with (ethnic, religious, cultural) difference in the past, offering a stark contrast to today’s approach in Xinjiang. Darren Byler, a lecturer in Anthropology at the University of Washington and author of several widely read articles on the current situation in Xinjiang, focused on the technological and economic aspects of the securitization of Xinjiang. Sarah Tynen, a graduate student in Geography at the University of Colorado Boulder who recently defended her dissertation and conducted two years of fieldwork in Xinjiang’s capital city of Urumqi, spoke of her experience living with Uyghur migrants in the city and of their daily struggle with bureaucracy and surveillance. Lastly, James Leibold, Associate Professor at La Trobe University and an expert on China’s ethnic policies, focused on the political changes underpinning China’s current approach in Xinjiang. The event was introduced by Tim Oakes, director of CAS, and moderated by Alessandro Rippa, a postdoctoral fellow at CAS. The roundtable attracted a standing-room only audience in the Flatiron Room in the Center for Community and generated engaged debate with the public. Footage of the event will be posted on the CAS video page when it comes available.