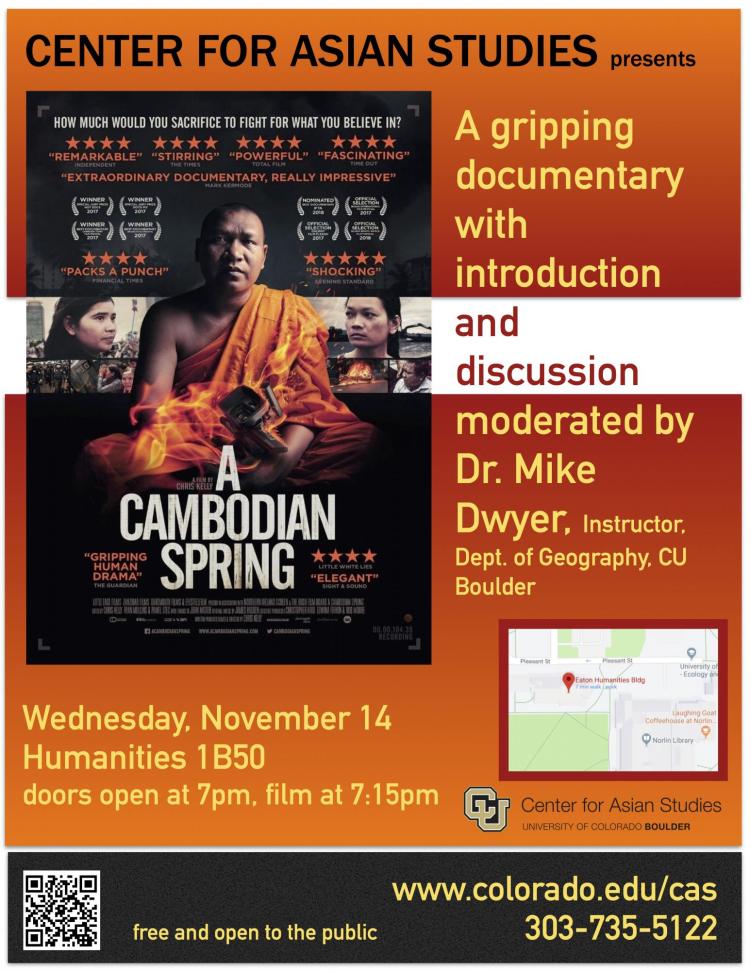 This sobering exposé of political corruption and disarray in Cambodia reveals the country's deepening human rights crisis, and the origins of political activism among its most vulnerable citizens.

The skyline of Phnom Penh is littered with unfinished construction projects, grim concrete reminders of the boom and bust nature of its economy.  The forced evictions that clear the way for this top-down development are widespread, and have incited a growing wave of protests over land rights.

The stories of activists leading this movement reveal the modest and intimate origins of a popular uprising against overwhelming corruption, an uprising that has matured into an attempt to overthrow the dictatorial regime of Hun Sen, which has been in power for over thirty years.

Their dramatic attempt to expose and undermine the establishment has received an expected backlash.  Land rights activist Tep Vanny was imprisoned on what are widely considered politically-motivated grounds.  Opposition party leader Sam Rainsy was pressured to step down, and is once again in exile after fleeing an arrest warrant.  Their persecutions have also been reinforced by the courts.  The Venerable Luon Sovath continues to film and produce documentaries for his popular YouTube channel, while receiving death threats and dealing with pro-government hackers.  Srey Pov has decided to remain at home with her family instead of participating in the ongoing land rights protests.

A Cambodian Spring is a document of their struggle for dignity and justice, and a window into the sober reality of a nation and its possibilities for change.