Home News & Events News In the Spotlight Listen to Yujie Zhu Discuss His Research on Cultural Heritage in China this Tuesday!

Listen to Yujie Zhu Discuss His Research on Cultural Heritage in China this Tuesday! 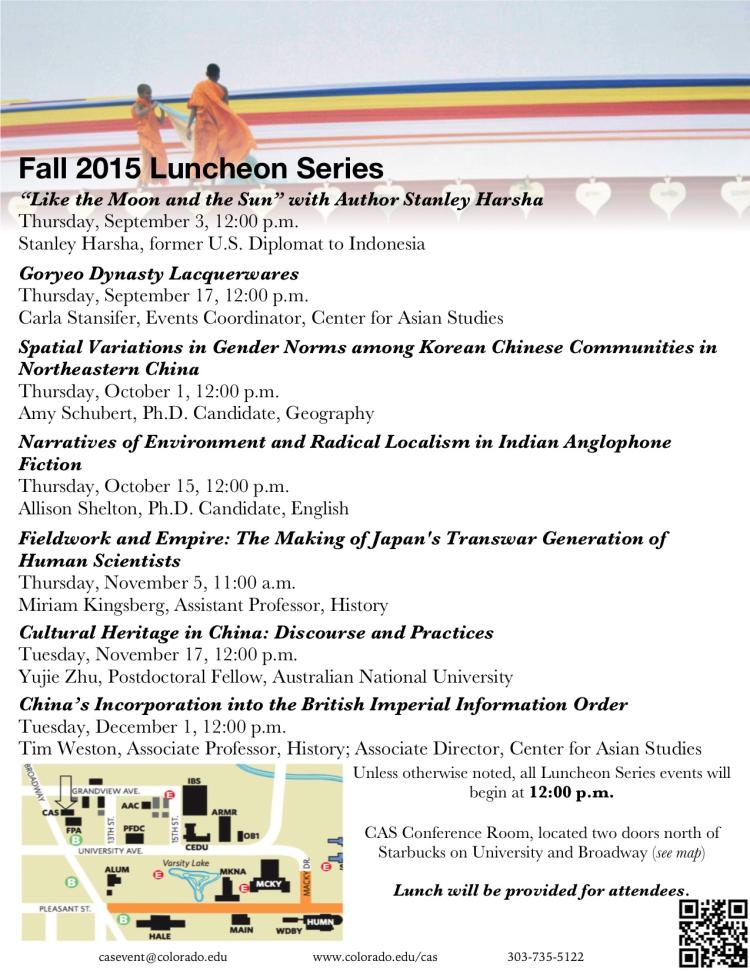 This Tuesday, November 17, Yujie Zhu, Postdoctoral Fellow at Australian National University, will present our next Luncheon Series event on "Cultural Heritage in China; Discourse and Practices."

Based on long term ethnographic research at heritage sites and cities in Yunnan, Sichuan and Shaanxi, this talk seeks to explore the multifaceted and contested nature of “cultural heritage fever” in contemporary China. I argue that culture heritage is not a global reward system, but a cultural, social phenomenon celebrated and contested by different actors. It is often not the local communities who identify what aspects of their culture should be preserved and presented. Instead, it is the central and local governments - with the help of the tourism industry, authorized agencies and mass media - that define ‘the authentic culture’ and promote it accordingly. The official heritage discourse utilizes the cultural expression of identity and sense of place and memory for political and economic control. In this presentation, I also discuss how heritage may be understood as having emotional, cultural and political consequences in peoples’ lives. Local communities are often not passive recipients of the ‘heritage effect’; rather, they consume, contest and negotiate to shape heritage policies and practices.

The talk will begin at 12:00 p.m. and will be held in the CAS Conference Room at 1424 Broadway (two doors north of Starbucks on University and Broadway). Lunch will be provided.