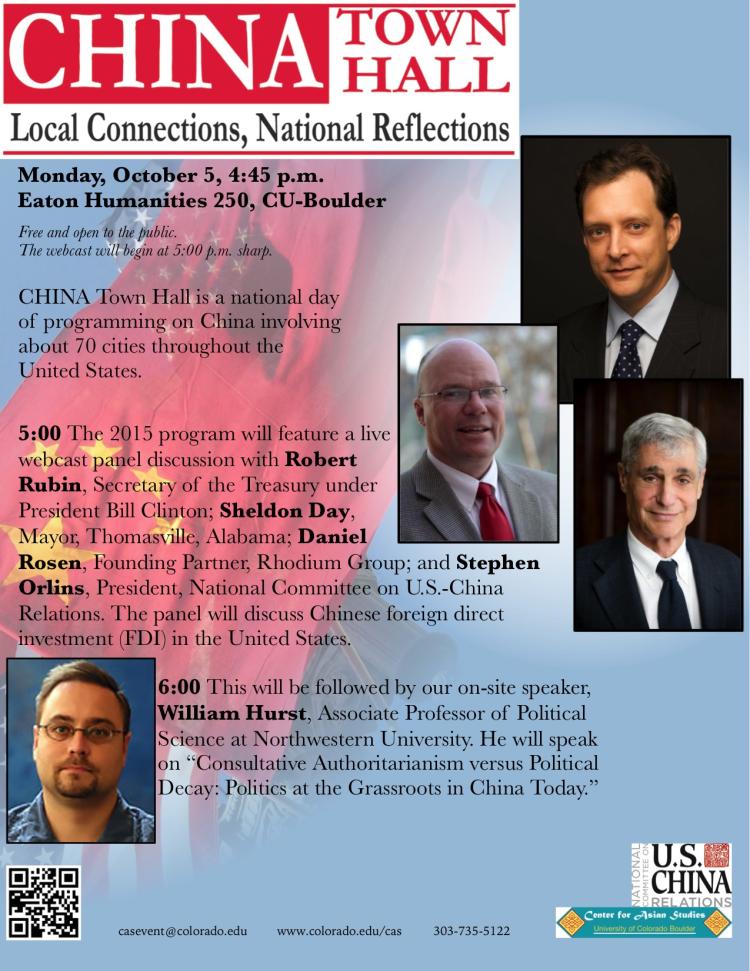 The Center for Asian Studies is pleased to be a local host for the 2015 CHINA Town Hall: Local Connections, National Reflections event. CHINA Town Hall is a national day of programming on China involving about 70 cities throughout the United States. The 2015 CHINA Town Hall event will be held on Monday, October 5. The live broadcast programming will begin at 5:00 p.m. sharp in Eaton Humanities 250 and will be followed by a talk by our on-site speaker, William Hurst.

6:00 This will be followed by our on-site speaker, William Hurst, Associate Professor of Political Science at Northwestern University. He will speak on “Consultative Authoritarianism versus Political Decay: Politics at the Grassroots in China Today.”

We look forward to seeing you at what promises to be an engaging evening!