Author Sayed Kashua is Coming to CU this Wednesday, September 30 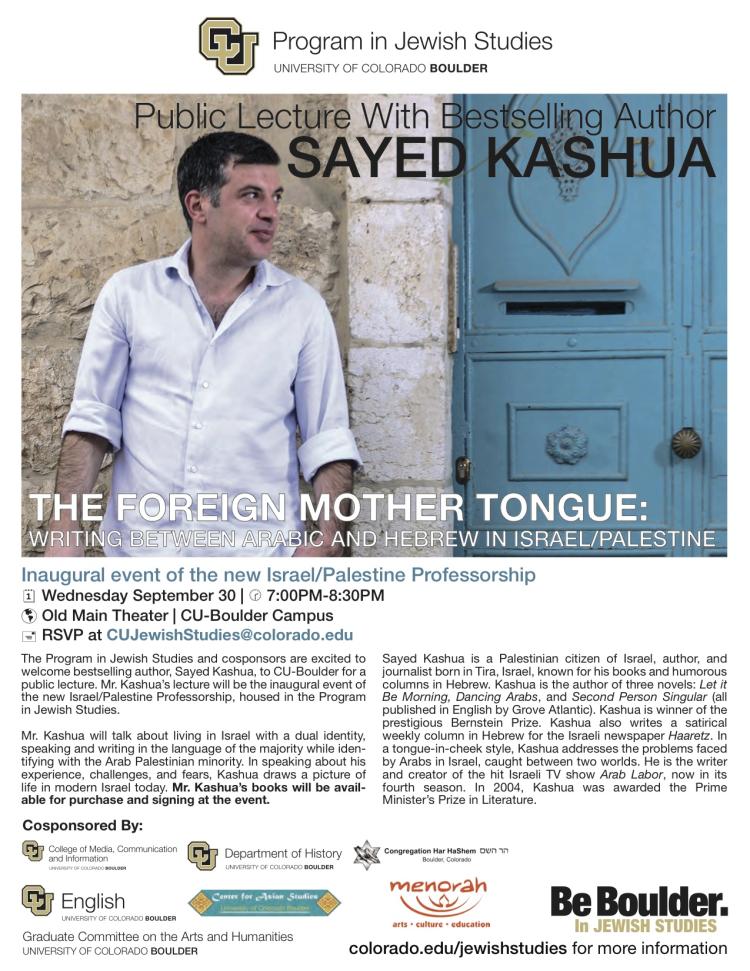 The Center for Asian Studies is pleased to help the Program in Jewish Studies bring Palestinian-Israeli author Sayed Kashua to CU for a talk on "The Foreign Mother Tongue: Writing between Arabic and Hebrew in Israel/Palestine" on Wednesday, September 30.

What does it mean to be "Palestinian-Israeli"? Kashua is part of the 20 percent of Israel's population that is comprised of Palestinian Arabs, and he has emerged in recent years as one of this community's most eloquent, clever, and intriguing spokespeople. Palestinian citizens of Israel enjoy most of the benefits of Israeli citizenship, but also face systematic discrimination; as speakers of Hebrew as well as Arabic, they are often participants in multiple political discourses that many outsiders consider to be separate.

Kashua is author of three well-received novels, the creator of the hit Israeli TV series, "Arab Labor," and a regular columnist for the Hebrew-language daily Haaretz. Through his writing he opens up new and unusual conversations about Arab identity, Palestinian identity, and Israeli identity and explores what it means to sit at a point of intersection between them.

The talk will begin at 7:00 p.m. in the Old Main Chapel. Free and open to the public.