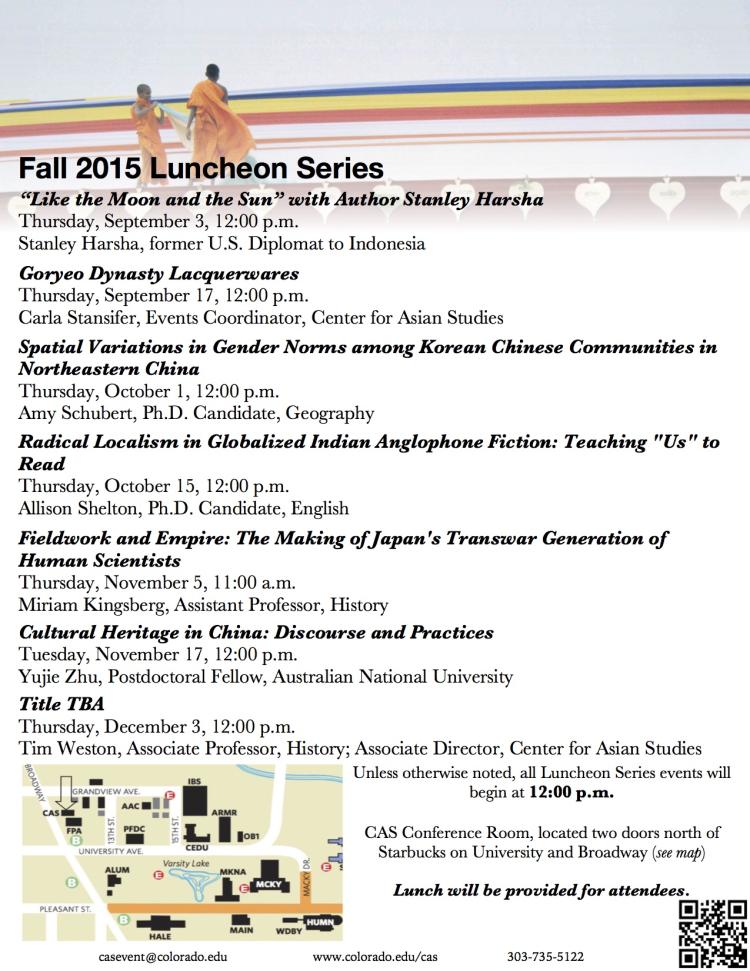 Amy Schubert, Ph.D. Candidate in the Department of Geography, will present our next Luncheon Series event on Thursday, October 1.

Schubert explores how divergent historical, social, and economic experiences in northeastern China have produced spatial variation in gender norms among the ethnic Korean Chinese minority there. From the Japanese occupation and the Korean War, through the Cultural Revolution and the Reform era, the Chinese territory adjacent to the Korean peninsula has remained a site of slow-burning political turmoil since the early 1900s. Much of this land has been sectioned off as the Yanbian Korean Autonomous Prefecture, where China’s ethnic Korean minority (朝鲜族，중국 조선족)  is concentrated. In comparison with ethnic Korean Chinese living in other areas of northeastern China (especially Jilin City, Changchun, and Harbin), ethnic Korean residents of Yanbian encounter a unique system of social rewards and economic incentives, which encourages different patterns of family formation, economic activity, and gender expression. Essentially, Yanbian's geographic proximity to the Korean peninsula has made it an exceptional space within China, with consequently exceptional social practice. Due to China’s economic and cultural linkages to the Republic of Korea (South Korea), and historical, and political ties to the DPRK (North Korea), gender norms in Yanbian become a strategic site of performance for political loyalty and social hierarchy.

This talk will begin at 12:00 p.m. in the CAS Conference Room, 1424 Broadway, two doors north of Starbucks on University and Broadway. Lunch will be provided for attendees.